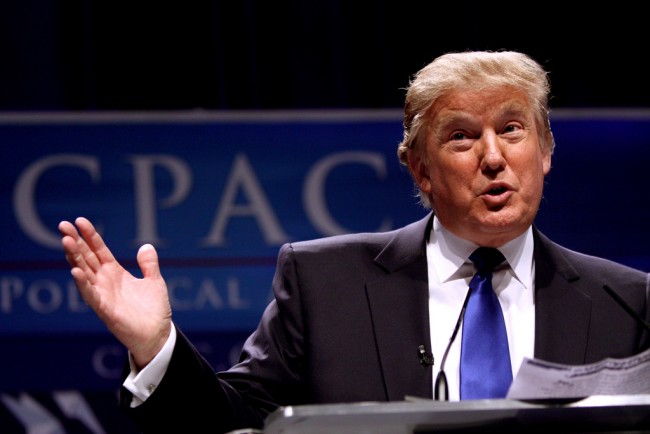 Donald Trump seems to be winning the Republican ticket through his loud and aggressive personality traits, but it is not what America needs. After Super Tuesday in February, it seemed that Hillary Clinton would probably be the one to go up against the real estate tycoon in November. His campaign of sheer meanness, racism, fear, and intimidation is pushing him ahead in the polls. However, it would be nice if these tactics did not make it into a presidential election in the 21st Century. A candidate’s political agenda and policies can be an important factor in choosing which candidate to vote for.

The wealthiest Republican donors have not yet voiced their feelings to the millionaire, but eventually, the wealthiest donors will have to think more seriously about saving the integrity of the party from ‘Hurricane Trump,’ The Rickerts‘) family, who are of superior wealth, are the only ones who have donated millions of dollars to an anti-Trump campaign. Everyone else seems to be sitting in the backfield.

On the evening of Super Tuesday, Tom DeLay told Chris Matthew’s of MSNBC that the Republican party would deny the billionaire the party’s nomination if he did not have the majority of delegates by the time he arrives in Cleveland. When Matthew’s asked if the party would really be brave enough to renounce someone who had the most delegates, and appoint someone else in his place, DeLay smiled and said, “It is all a matter of math.” He was referring to the fact that a majority of the delegates would have, in fact, voted against him. This would make Trump’s supporters take off, and he would then likely race to get on enough ballots to run as an independent. This would, in turn, give former Secretary of State Clinton a smooth ride to the White House. It seems unlikely that Ted Cruz or Marco Rubio will be able to defeat Trump, but there are many Republican leaders that would rather see the house burn to the ground than give control of it to the billionaire. Trump’s personality is not what the GOP feels is right for America or what their party needs.

The Republicans believe that the best course of action to stop the business mogul is a contested convention this summer. It is his constant ranting about illegal immigrants and religious groups that are causing a fear of a GOP downfall in November 2016. 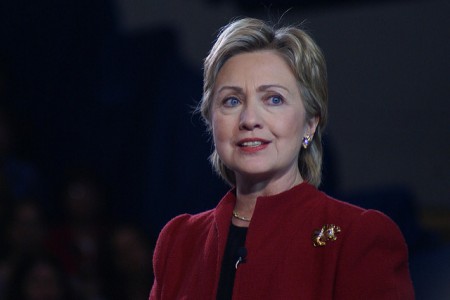 Clinton also had a major win in February. Her opponent, Bernie Sanders, only won four states to her seven. Clinton’s message to Florida was of ‘love and kindness’, but the billionaire mogul went on and on with his attack saying she was a continued failure. Sanders spoke to African-Americans in Columbia, South Carolina, where many of his supporters stood in line for several hours to hear their candidate speak.

On March 15, 2016, Clinton and Trump were again the big winners, with Clinton winning five states and Trump taking three of the five. He just beat Texas Senator Cruz in N.C., and each candidate won 41 percent of the vote in Mo. On the Democratic side, Clinton has a comfortable lead over Sanders, but the Vermont Senator is not out and he is driving his campaign hard.

Trump claims he alone brought people to the polls, but in actuality, it was not all because of him. Rubio and Cruz also played an important part, as they are bringing voters to the polls with similar numbers to Mitt Romney in the 2012 election.

Some voters have expressed concerns since Trump has not announced what he plans to do as president and they are subsequently voting against him. A politician’s political agenda should be the thing that peaks everyone’s interest at the polls, not loud and obnoxious ranting. Trump’s ways of doing business have kept him wealthy. He has hired people based on what they could do for him, however, being President of the United States means having people who can do something for someone else. Trump’s loud, aggressive personality does not even seem to work in movies, and that is not what America really needs. One has to wonder if anyone is really listening to him and his lack of policies?

Donald Trump’s Personality Is Not What America Needs added by Katherine on March 22, 2016
View all posts by Katherine →