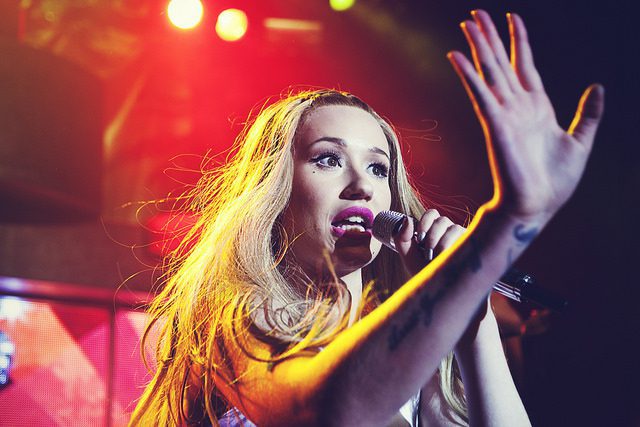 Iggy Azalea, the often polarizing 25-year-old songwriter, rap artist, and model, is poised to return and make a comeback, so to speak. She had taken a break after experiencing a self-described psychotic episode as reported in a Schön magazine interview.

Born in Australia with the name Amethyst Amelia Kelly, Azalea returns with the release of a new recording. According to her official website, the new track, Team, was available globally on March 21, 2016. Digital Distortion is her upcoming second studio album. It is scheduled for release in June 2016, and comes about two years after her 2014 debut album.

The New Classic, her first album, was on the XXL Best Album of the Year list in June 2014. Azalea’s commercial debut for her single, Work, was as an opening act in the United Kingdom. The song also served as the headlining single for the album. Azalea was featured in Ariana Grande’s single, Problem, which peaked at number two, while Azalea’s Fancy was number one. Billboard magazine stated online that “she joined the Beatles as the only act to rank at Nos. 1 and 2 simultaneously with their first two Hot 100 entries; On the Feb. 22, 1964 chart, the Fab Four’s I Want to Hold Your Hand held at No. 1 and She Loves You pushed 3-2.”

The songstress makes a return to better mental health also. In an interview in the British Schön magazine, she was quoted as saying, “I had to have a psychotic breakdown last year, now we’re going to do North America and the rest of Europe, which I didn’t feel like I was in the place to do that last time … I felt tired and stressed out. Now, I feel like my energy’s been renewed.”

This issue might explain her concert schedule cancellations in 2015. Her Denver concert had already been canceled once before the second Sept. 29 bust. She told Seventeen at the time that she had “a creative change of heart” and “mentally … I deserve a break.” The NY Daily News reported online that Azalea felt vilified by the media and their stories on now-deleted, homophobic tweets. There were also reports of her undergoing plastic surgery.

While dropping the single, TEAM, the rapper also seems to be canceling her wedding plans to Nick Young. The marriage is off while the engagement is still on. Azalea claims that her busy upcoming tour schedule is to blame.

While the artist makes a return, how far and how extended a return this will be is not yet clear. Listing only bygone events, the website for Azalea tour dates lists no upcoming events, although, other sites do offer dates.

The National Association for Mental Health says, “An episode of psychosis is when a person has a break from reality and often involves seeing, hearing and believing things that aren’t real.” The organization makes clear that psychosis is not an illness, but rather a symptom or a component of an illness brought on by mental or physical illness, substance use, trauma, or extreme stress.

Certainly the rap artist must be optimistic about this planned tour, as she has canceled wedding plans because of it. It seems that Azalea has made a return from both a recording absence and a mental health black hole.