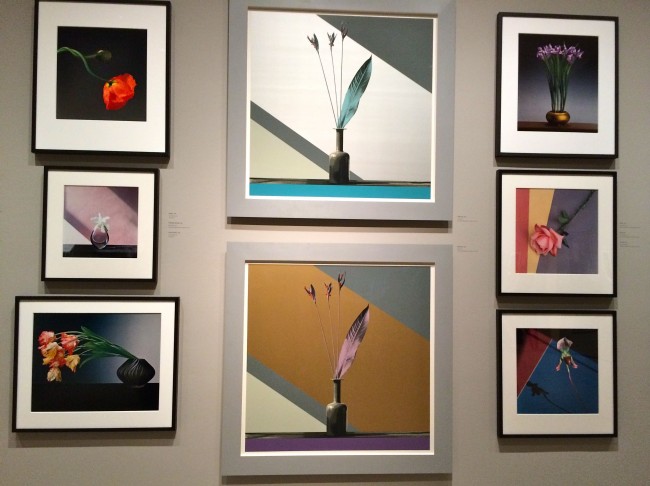 Robert Mapplethorpe’s controversial works depicting homo-erotic images may have made the artist nationally known, but that is a small part of his legacy. The new Los Angeles County Museum of Art (LACMA) and J. Paul Getty Museum’s Robert Mapplethorpe: The Perfect Medium exhibits opening this week highlight the two venues’ joint acquisition of Mapplethorpe works and expose the depth of the artist’s work and photographic artistry.

The Perfect Medium show (the name is a play on Mapplethorpe’s posthumous controversial touring show, The Perfect Moment) features over 300 photographs spread between the two venues, as well as the artist’s early efforts in other media, such as jewelry design. Mapplethorpe sought perfection in his work, meticulously posing images to be geometrically presented, whether elegant curving flower petals or men in sexual poses.

For people visiting L.A. or even natives who consider going a few blocks to be a schlep, visiting both museums in one day could be daunting. The Getty Center is not as accessible by public transportation as LACMA. The two sites are a little more than 8 miles apart, but the distance can take 23 minutes without traffic, which is likely to make the trip much longer. That said, both shows are worth seeing and display different aspects of the artist’s legacy.

LACMA’s exhibit focuses on his early career, works in other art media (collages, ink, jewelry, paintings, and more), pictures of his muse and former lover singer Patti Smith, the 1970s and 1980s New York club scene (included his S&M stuff), celebrity portraits as well as his fascination with black men in classical poses.

The Getty museum displays are organized by themes, such as Mapplethorpe’s studio practice, work with body builder Lisa Lyon, interest in the body as an art form, pictures of flowers, etc. The show also includes some surprising examples of other areas that the artist explored, such as interesting seascapes and even household still lifes.

Mapplethorpe’s portraits of men in various sadomasochistic guises and provocative poses (often referred to as his “sex pictures”) are a large part of his legacy, but also distracted from further examination of his talent by many in the heated AIDS hysteria of the 1980s (Mapplethorpe himself died of AIDS in 1988). These photos, regardless of the subject matter, reflect his fascination with geometric arrangements, posing people much like an artist poses object in a still life.

After the artist died, his nudes and sex photos in The Perfect Moment became the center of a controversy over the use of public money to support art that could be labeled as obscene. When a museum in Cincinnati displayed some of his more salacious works, the director was arrested but ultimately acquitted of pandering.

That early sexual photos should not be synonymous with Mapplethorpe’s name in the public eye. His artistry, depth of creativity and contribution to his field are clearly exposed in the LACMA and Getty Mapplethorpe exhibits. His work with Lyon and his floral pieces, which look like paintings, reflect his broadening interests later in his career. His personal projects became more ambitious and colorful as he tried to push the boundaries of his medium. The year he died, Mapplethorpe said, “I’d like the work to be seen more in the context of all mediums of art and not just photography. I don’t like that isolation,” he noted.