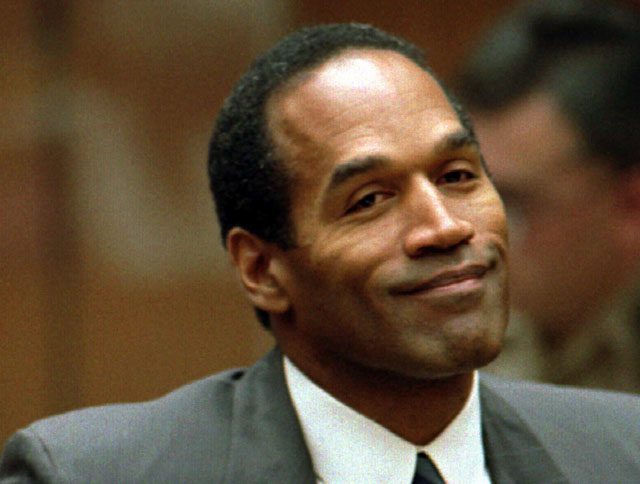 The Los Angeles Police Department was handed a knife that might have been a key piece of evidence against former running back O.J. Simpson. Results of the knife found on the former football player’s property have captivated followers of his trial all over the world. According to the Washington Post, the results of the DNA test on the knife found at his former residence are now available.

The Washington Post reported that in 1994, the world watched as O.J. “the Juice” Simpson evaded capture. What followed was one of the most bizarre and awe-inspiring trial proceedings in U.S. history. In a case that hypnotized and polarized the nation, his now-infamous lawyer, Johnny Cochran asserted his client’s innocents with the mantra, “if the glove doesn’t fit, you must acquit.”

Years have past but for some reason, the former football player’s innocence seemed a hefty pill for the American public to swallow. Even after his acquittal, the ex NFL-star was successfully sued in civil court for the wrongful deaths of his ex-wife and her friend, Ronald Goldman. Simpson, now serving a 33-year sentence in Nevada’s Lovelock Correctional Center for kidnapping and robbery, to this day, asserts his innocence.

For those around the country, who deemed the Simpson trial a miscarriage of justice, new hope sprouted with the news that a knife had been turned into the L.A. police, which was found at Simpson’s former house and awaited results. People questioned whether this was the missing link that would finally tie Simpson to the grizzly murders of his former wife and her friend.

The knife in question was a buck knife with a five-inch blade, found in the garden of the former NFL star’s old L.A. residence by a local construction worker. After realizing what this knife could be, the construction worker handed it over to LAPD officer George Maycott, who was working as a security guard, at a nearby movie shoot. Maycott’s attorney stated the officer tried to hand it over as evidence but was rejected, as the department did not want to have anything to do with it.

After sitting in Maycott’s possession for over a decade, public outcry urged a new look into any evidence that might still be in existence. Then Maycott turned the knife in, once again to the LAPD, and some people of the nation held their breath as DNA tests were run. Weeks passed and yet, all news on the knife was quiet.

Simpson remained confident the knife would reveal nothing. Living a rather comfortable prison lifestyle; eating healthy, exercising, and keeping up with events on his flatscreen TV, which he has in his Nevada cell. He had no doubt that the LAPD would find no incriminating evidence.

It was believed, at the time, that the murder weapon used in killing Simpson’s ex-wife and Goldman was a large kitchen knife. The prosecution believed the former football player had used this weapon and then disposed of it, either at the Los Angeles International Airport or later at Chicago O’Hare, where he had traveled to shortly after the murder.

In March 2016, the extensive testing on the knife was concluded. The LAPD found that the DNA test results on the knife found at the football legend’s house were inconclusive. Their reasoning was that microbes in the soil had degraded any DNA that might have been on the blade. However, when questioned, an LAPD spokeswoman stated that while the results were inconclusive, the investigation into the unsolved murders was ongoing.