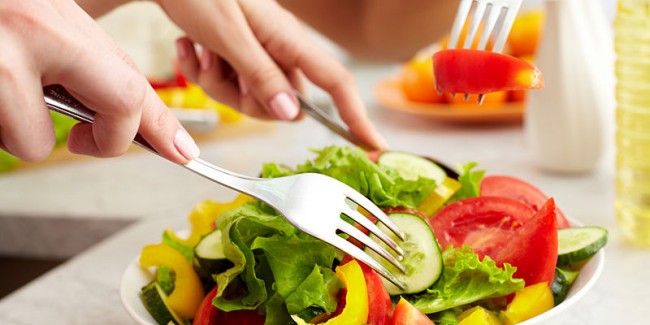 Stop smoking, exercise regularly, eat healthy and watch the body fat. These and other messages are constantly in the news, on public service announcements, in commercials, mailers from health insurance companies and medical groups, and other locations. Is anyone listening? Studies show very few adults in the U.S. are taking most wellness suggestions seriously, given the shockingly low percentage who have a ‘healthy lifestyle.’

Only 2.7 percent of adults in the U.S. meet the key qualifications health professionals cite for maintaining a “healthy lifestyle,” according to research published in Mayo Clinic Proceedings. The results were called shocking and termed a “wake-up call” by the report’s senior author Ellen Smit, who works as an associate professor at Oregon State University’s College of Public Health and Human Sciences.

The important measures of healthiness, according to the researchers, are:

With all the talk about the obesity problem, diets filled with sugar and processed foods, and dearth of exercise, it is no surprise that most Americans do not have a ‘healthy lifestyle.’ The surprise is how few do, with body fat/weight being the qualification that wiped many out (13 percent met all the other criteria).

For the study, the research team employed data on a representative sample of 4,745 people who had participated in the 2003-2006 National Health and Nutrition Examination Survey. That national health review gathered data on physical activity measured using an accelerometer for a week and diet based on 24 hours of food consumption recall.

Almost 38 percent of participants ate a health diet (at least for the 24 hours queried). Almost half (46.5 percent) got enough exercise that week. Most adults avoid tobacco (71.5 percent in the survey were non-smokers). But, only 9.6 percent maintained what is considered to be a normal body-fat level (although normal is clearly more aspirational). That last qualification knocked the total down from the 13 percent that met the other qualifications to the less than 3 percent that meant them all.

The results showed some differences by sex and age: They found men were more likely to exercise more. Women were more apt to eat healthier diets and avoid tobacco. Some results confirmed expectations, such as the finding that young people are more physically active than older people and that older American have higher body-fat percentages than younger ones.

Taking their findings one step further, the researchers also looked at the participants’ risk for heart disease, such as their cholesterol levels, white blood cell counts, and blood pressure, and which ‘healthy lifestyle’ aspects they met. There were 13 such biomarkers examined.

They determined that staying active and having a healthy body-fat level could be associated with favorable outcomes in 10 of the biomarkers. As noted in their write-up, they found, however, that while “multiple healthy lifestyle characteristics are important, specific healthy lifestyle characteristics may explain much of the variation for several of the biomarkers.” In other words, addressing the shockingly low percentage of Americans who have “healthy lifestyle” and the growing obesity problem does not involve simple cause and effect answers or arguments, which makes it even harder to motivate people to address.

Sources:
Mayo Clinic Proceedings: Healthy Lifestyle Characteristics and Their Joint Association With Cardiovascular Disease Biomarkers in US Adults
New York Times: Few Americans Follow 4 Main Pillars of Heart Health
The Atlantic: Less Than 3 Percent of Americans Live a ‘Healthy Lifestyle’
Glamour: Whoa: Basically No One in America Is Actually Healthy, According to Science

One Response to "Shockingly Low Percentage of Americans Have ‘Healthy Lifestyle’"