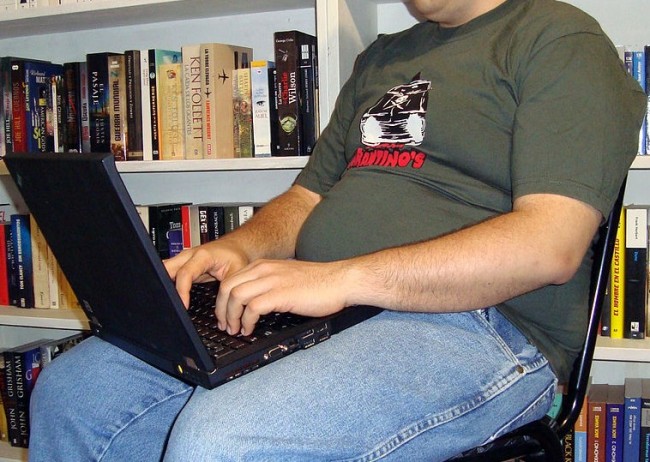 Worse than smokers who can more easily hide their habit, fatter Americans face discrimination daily, whether obvious or not. They are thwarted when they access employment or promotions, health care, education and even lodging. While there are more and more people fitting the category, a fat American faces ridicule, marginalization and, when it comes to health care costs from an employment or college room and board standpoint, a cost to be cut or avoided.

It may be subconscious, but the judgment is there. Walk into a room filled with strangers, whether a party, conference room, a class or a sorority rush. Eliminating racial or age differences, odds are people will gravitate toward the more attractive, i.e. thinner people, to get to know and avoid those with extra poundage.

Doctors, jurors, and employers resort to playground prejudices when making judgments. One study found that doctors have a bias against overweight patients and assume they will disregard medical advice. If a lean woman and an overweight woman are on trial for the same crime, a study showed that the jury would be more likely to convict the larger woman.

The discrimination starts in school, both socially and academically, and continues on into the workforce. Here are some data found in other studies, according to the National Association to Advance Fat Acceptance and other sources:

Lower income people tend to eat poorer quality, more fattening diets than those who earn more thereby exacerbating the issue. The problem of weight discrimination is like to keep growing with U.S. waistlines. By 2030, it is expected that half of all American adults will be obese if nothing is done to address the obesity epidemic, according to the Robert Wood Johnson Foundation finds. Given the number of studies that correlate obesity with lower opportunities for advancement and unemployment, it is a never-ending spiral downward if discrimination by weight continues.

One Response to "Weight Discrimination Growing With Waistlines"