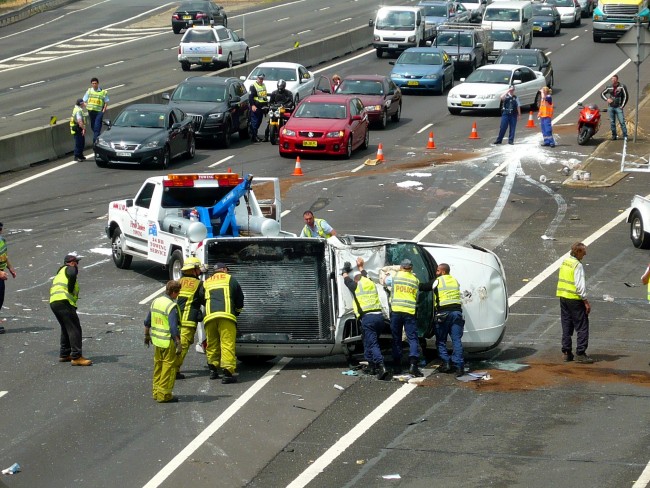 On Sunday, April 3, 2016, Ontario Provincial police reported a multi-vehicle collision that included 20 vehicles. Although, the York Paramedic Services says there could be as many as 40 vehicles involved in the crash. All Northbound lanes on Highway 400 are closed near Lloydtown-Aurora Road in King Township.

Police have reported that 13 people have been injured, however, the extent of the injuries are unknown. York Regional Paramedic Services believes that is a possible discrepancy, and as many as 16 people could have been injured. CTV News Toronto reported the accident was due to slippery roads and poor driving conditions. There has not been any word indicating when the lanes will be open again.

Update: One northbound lane has been open for traffic at Lloydtown-Aurora Road, King Township. There are still emergency crews at the scene of the accident.

There has been a second collision reported at Innisfil Beach Road. This accident is also on Highway 400.

One person has been taken to the Royal Victoria Regional Health Centre in an ambulance. The injuries are not known at this time.

Guardian Liberty Voice will post updates on the collision and the injured as they are available.

One Response to "13 Injured in Multi-Vehicle Collision [Update]"