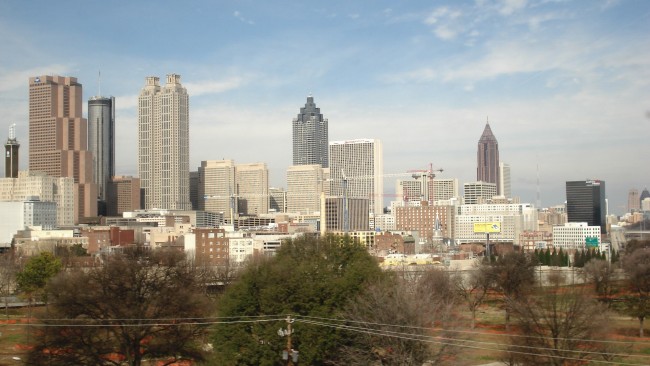 Atlanta, Ga.–The Atlanta Police Department (APD) is pleased to announce the apprehension of five individuals connected to the recent rash of robberies at auto parts stores and restaurants throughout metro Atlanta and surrounding areas.

Investigators have determined that the suspects are part of a gang, which is based out of Clayton County, known as The Bounty Hunters. It has also been determined that they are part of a robbing crew, who are responsible for at least 21 robberies in Clayton County, as well as robberies in the surrounding areas of Brookhaven, Chamblee, DeKalb County, Henry County, Riverdale, Lake City, and Morrow.

In connection with these offenses, the APD have arrested and charged Taraidan Gass, 19, and William Martin, 26. They are charged with armed robbery, possession of a firearm during the commission of a felony, and aggravated assault. They are currently booked in the Fulton County Jail.

Meanwhile, Clayton County Police have arrested and charged Maurice Maddox, 17, and Raymond Flagg, 35. They are currently booked in the Clayton County Jail.

Finally, Brookhaven Police have arrested and charged Eric Harris, 30. He is currently booked in the DeKalb County Jail.

The APD will also charge Maddox, Flagg, and Harris with armed robbery, possession of a firearm during the commission of a felony, and aggravated assault.