Chicago is fresh out of another weekend laced with shootings. An analysis of crime data shows that the severe increase in Chicago’s gun violence can be dated to the release of the video in the Laquan McDonald case. Following a tragic year marked by painful revelations of violence at the hands of the Chicago Police Department (CPD), it is no secret that the windy city leads the list of large cities with the most police killings. In the wake of the apparent crisis, the FAIR COPS Ordinance is looking to help revolutionize the city of Chicago.

The answer for the city cannot be found by replacing the superintendent or instituting a task force to figure out what is wrong with the CPD. Chicago needs an independent review agency to help bring alignment to an area that has fostered a culture of stereotypical perception of black life for decades.

Although few refuse to admit it, history confirms that blacks have been handled unjustly and managed disproportionately in society. Systemic racism has shaped the way African-Americans are perceived. The events surrounding the death of so many unarmed black men, complete with video footage, reveal a much larger issue which refuses to humanize these victims due to the integral guilt attributed to a community because of the color of their skin. As a result, far too many senseless murders have plagued this city including peer-to-peer incidents as well as those categorized as police brutality.

The trust between the community and CPD is more broken than ever. Chicago’s Community Renewal Society (CRS) strongly suggest that an agency operating from an independent stance could start mending that broken trust. FAIR COPS stands for Freedom through Accountability, Investigation, and Reform for Community Oversight of Policing Services. The FAIR COPS Ordinance is seeking to assist in revolutionizing the city of Chicago which is currently drowning in police brutality. Rev. Robert Biekman, the leader of CRS, said:

Changing the head of CPD is like trying to weed your garden by chopping off the tops. We need to go to the root or the weeds keep coming back. And the weed’s name is lack of public accountability!

CRS is a progressive, faith-based organization that works to eliminate race and class barriers and informs, organizes, and trains both communities and individuals to advocate for social and economic justice. The organization believes change is possible, but only by introducing an independent agency to come in and audit the corrupt police department. CRS stated:

The Police Auditor would have legitimate independence and authority to inspect the entire system of policing for patterns of misconduct, order the investigation of specific cases of police abuse, and make policy changes that would make police more accountable to our communities.

The ordinance is picking up steam in the city with support from religious leaders and an endorsement by Chicago Lawyers’ Committee for Civil Rights Under Law. The FAIR COPS Ordinance would not only dissect police practice, 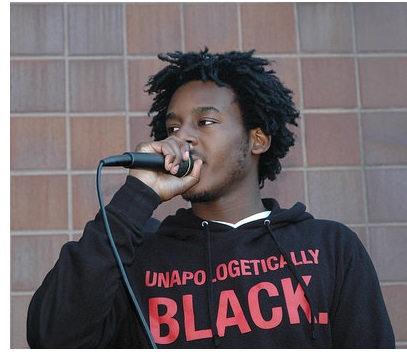 but also assist a department that is dazed by a more hostile community. Today, there exists a genuine lack of clarity surrounding members of CPD’s job description, parameters, as well as who will have their back when ambiguous situations arise.

The city of Chicago has long been paralyzed by black-on-black crime, but it also leads the nation with “blue-on-black” crime. Many of the residents of this city have been forced to accept a corrupt set of values that embrace death, violence, and destruction. This generation is constantly becoming more desensitized to the importance of life and has adopted the scenario of blood stained streets as a normal and essential survival skill in this brutal world they live in. The CSR is urging residents to contact their district representative in efforts to support the FAIR COPS Ordinance as it seeks to revolutionize the streets of Chicago.