For nearly 30 years, Oscar- and Emmy-winner Kevin Costner has served as a charming, grey/blue-eyed hero in movies, whether playing in sports-themed flicks, westerns, law enforcement thrillers or more clunky romantic comedies. His recent roles have been less lovable, and uneven. The latest role, the hard-core creepy death-row inmate Jericho that he portrays in Criminal is the most unappealing character Kevin Costner has played, but he is fascinating and frightening to watch (in a not-so-watchable movie).

Jericho is a convict who has no emotions or filters guiding his violent actions. In a desperate effort to stop a sinister terrorist plot, the memories of a dying CIA agent Bill Pope (Ryan Reynolds) are planted in his brain in a hail-Mary experimental procedure. While the scientists and government believe the effort failed, Jericho begins to experience memories that are not his own of a family and love he never had. It turns out that they are from the mind of Pope, and Jericho is now torn between urges to help solve the plot mixed with his primal violent urges.

The role is a highly unusual one for Costner, who has to essentially play two roles in one brutish-looking body – a family man who is an excellent spy and an unfeeling killer confused to have positive thoughts coursing through his post-operative, pain-addled head.

The film – also starring Tommy Lee Jones, Gal Gadot and Gary Oldman — is overly violent, but Costner’s character keeps viewers engrossed (even when he is doing bad things). That is not an easy line to cross in a not-great movie about which Costner is the most positive thing.

The actor, who was critically acclaimed in several classic 1980s-1990s films and starred in many less commercially successful but appealing roles since, knows that at age 61 he needs to reinvent himself in the twilight years of his career. That must explain such a strange movie like Criminal or another split personality role in the undervalued Black or White (2014). This film is about a frequently drunk Caucasian man who has lost both his daughter and wife and is now caught in a custody battle with over his granddaughter with her black paternal grandmother, played by Octavia Spencer. These roles show range, but do not carry the appeal that made his career on sets that involved sports fields and the Wild West. 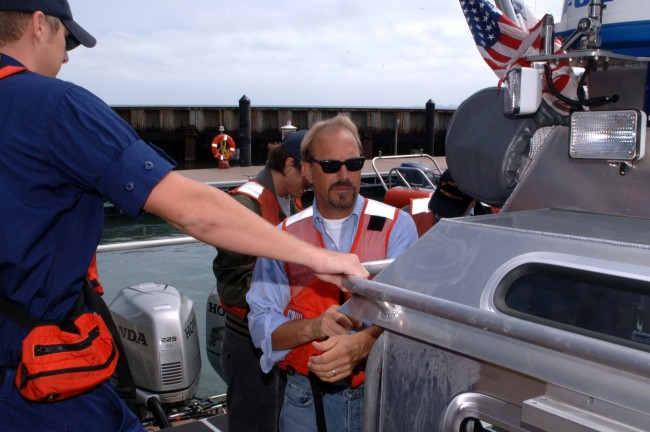 Costner first attracted attention as a cyclist in American Flyers (1985) before his first major starring (and appealing bad guy) role in No Way Out (1987). He went on to make the highly touted baseball trilogy of Bull Durham (1988), Field of Dreams (1989) and the less successful For Love of the Game (1999). He has even said he wants to make one more baseball movie, reportedly about the Chicago Cubs. His other sports-themed flicks also included a golf flick (1996’s Tin Cup), one about cross-country runners (2015’s McFarland USA), one about football (2014’s Draft Day) and even one where he played a former athlete (2005’s The Upside of Anger).

The actor’s award-winning roles have been in Westerns. The best include his Oscar winner, Dances with Wolves (1990); his Emmy-winning turn in the 2012 mini-series, Hatfields & McCoys; Silverado in 1985; Wyatt Earp in 1994 and Open Range in 2003.

Always a different kind of leading man, the other great Costner roles include The Untouchables (1987), JFK (1991), and Thirteen Days (2000). (His co-starring turn with Whitney Houston in The Bodyguard (1992) may have been financially successful, but is definitely not his finest two hours.) Unfortunately, Kevin Costner’s unappealing character in Criminal may have been fascinating to watch, but will also not wind up on any lists summing up his long career.