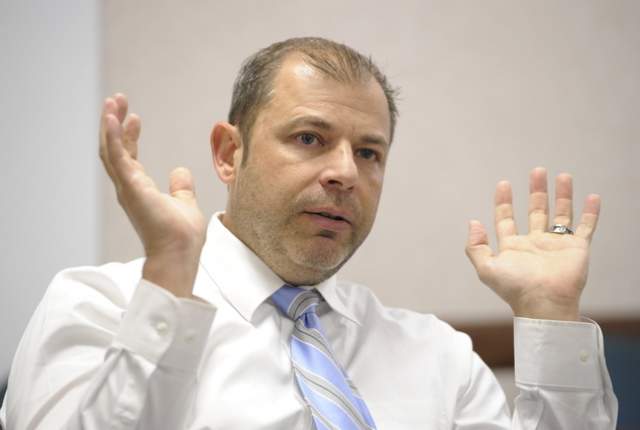 NEWSMAXTV Las Vegas reports they are seeking information from Assemblyman Paul Anderson (R-Nev.) about payments he made from campaign funds. According to NEWSMAXTV Las Vegas, Anderson made payments to Visa Black card and Capitol One card totaling $41,087.34. Anderson also wrote four checks to himself totaling $5,147.77 from his campaign account.

NEWSMAXTV Las Vegas sent a certified letter to Assemblyman Anderson demanding copies of receipts for an accounting of the thousands of dollars he reported on his 2015 annual report. Also in question is what Anderson purchased with the reward points from the two credit cards. After all, using credit card points for personal vacations or items is a no-no.

For Anderson, this is not the first time he finds himself in hot water over miss-use of campaign/political dollars. Assemblyman Ira Hansen (R-Nev.) recently sent out a scathing email raising similar questions about Anderson’s Opportunity & Growth PAC.

According to Hansen, Paul Anderson created the “Growth and Opportunity” PAC in 2014. His PAC received $160,000 from Sheldon Adelson/Sands Corporation in October 2014. Majority leader Paul Anderson and Assemblyman Pat Hickey reported to caucus members that $200,000 was in PAC’s controlled by the assembly members which included the $160,000 from Sands Corp.

Hansen says that the assembly caucus PAC’s balance was $40,000 with $160,000 going to Anderson’s personal Growth and Opportunity PAC.

Assembly members requested an audit following the 2014 election concerning the funds transferred from the Assembly Caucus PAC’s to Anderson’s Growth and Opportunity PAC.

Hansen’s email explains that as of January 15th, 2016, $253,362 was paid to a political consultant, Cory Christensen. Since previously the caucus paid $3,000 per month to Red Rock Strategies for the same service, “Christensen’s salary was extremely inflated.”

Hansen also stated, “Since Christensen is a political consultant, I assumed after spending over a quarter of a million dollars on his services, we would not need to hire additional high-dollar consultants. Thus, I was disturbed to see in October and November of 2014, $75,361 paid to “Campaign Data Solutions,” Nathan Emen’s political consulting business. Add to that the $20,000 paid in June and July 2015 to Red Rock Strategies, makes the total paid to political consultants from the above PACs more than $348,000!”

When the GOP swept the majority in 2014, then-Assemblyman John Hambrick promised caucus members that an audit would happen if members would support him for Speaker. Hambrick was voted in as Speaker, but no audit ever took place. Many assembly members have written Hambrick off as part of the “Good Ol’ Boy Establishment Club.”

Assemblyman Anderson is the architect of the $1.3 Billion business income tax passed in 2014, that has created a divide within the Nevada GOP.

Anderson is seeking re-election in District 13 but is facing well-known retired U.S. Marine, Steve Sanson. Recent polling published by Sanson shows he is within four points, or the margin of error, to defeat Anderson.

According to NEWSMAXTV Las Vegas, Anderson is allowed ten days to comply with the law. “NEWSMAXTV LAS VEGAS intends on bringing legal action if Mr. Anderson refuses to comply timely with our request.”