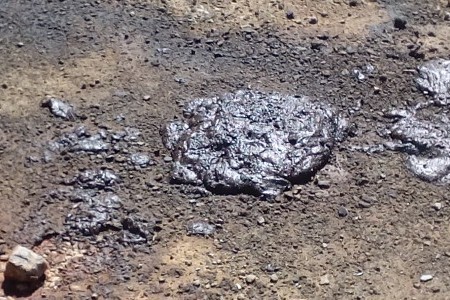 How important is the environment in South Africa and is there a disaster looming from illegal oil dumping? Many questions remain unanswered or perhaps censored by companies who do not comply with regulations. According to the waste management legislation in South Africa, the disposal of hazardous waste into landfill is prohibited. Used oil is defined as hazardous waste.

Dumping used oil into the ground causes the soil and groundwater to become toxic and contaminated. Many mining companies dispose of hazardous waste illegally by dumping into the ground, instead of following correct procedures. When oil is dumped into the ground, it will penetrate further into the ground over time until it ends up in the water supply. While the oil seeps through the ground, it will kill any plants and animal life it comes into contact with. Dumping oil in the ground contributes to killing the earth, the environment, animals, fish, birds, and ultimately, humans. Future generations will be affected, and it could take up to 165 years of heavy rainfall for the contaminated ground to be safe again. 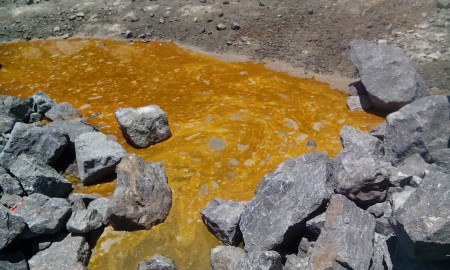 Some concerned people will report incidents of illegal dumping of waste oil. Concerned workers or nearby residents are ultimately responsible for the government to intervene and close down mines or companies who do not comply with legislation. What happens when an incident is reported, and no action is taken, does this mean that there is corruption, and bribery infiltrating the system. Do mining companies resort to bribes and avoid hefty fines or possible closures? The answer is unknown, but one can assume that because of the current high corruption and fraud statistics intensifying around South Africa, it is possible.

Illegal dumping of oil, grease, and diesel appeared to be a normal activity at the Nkomati Mine, situated near Machadodorp in Mpumalanga. A practice that continued for an extended period, and without any repercussions. When staff raised concerns, the doubts were quickly dispelled followed by dismissals.

Johan Greff, a concerned resident, residing near the Nkomati Mine, reported the illegal dumping, to the Department of Mineral Resources (DMR) in December 2015. Greff sent maps, images, and videos and asked the department to investigate. The response was swift and before December 24, the DMR informed Greff that an investigating officer had been appointed. The DMR sent officials to the mine for further investigations and according to Greff, nothing was done.

Greff did not give up and continued to communicate with the DMR, and in March 2016, received a one line sentence reply “the complaint was attended to in December.” The end of the investigation and the oil dumps continue. It is believed that up to 6,000 liters at a time are dumped into the ground and covered up with soil. 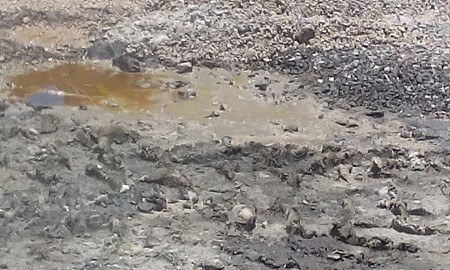 The Nkomati Mine is one of the biggest nickel reserves in South Africa and has a staff complement of 700. Operations began in the 1970s and is now in partnership with African Rainbow Minerals Limited. Surprisingly, the mine won a highly commended environmental award during 1999 from the Environmental Professions Interdisciplinary Committee for the high standard of environmental awareness.