The Expansion of Kanye West 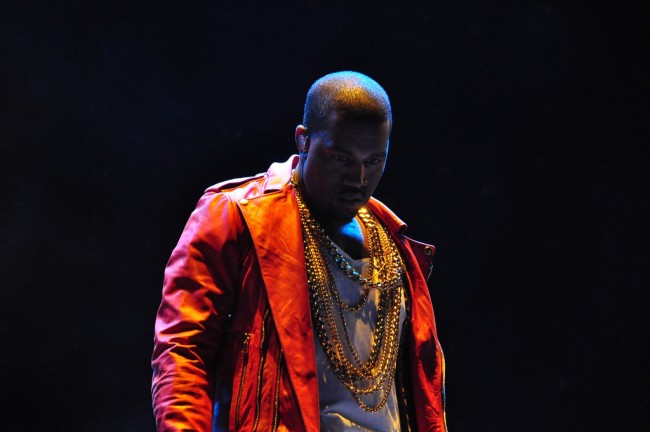 Due to his great success in the past, Kanye West has expanded into a brand all his own, but brand aside, is the talent and versatility in his work really there? The head of the Young Musicians Foundation of Los Angeles seems to believe he may have been blessed with even more talent than the hype that surrounds the hip-hop artist would imply. Co-curators Yuga Cahler and Stephen Feigenbaum are even comparing the similarities in his music to that of Beethoven.

On Friday, March 31, 2016, still riding the momentum of his album release, West and the Young Musicians Foundation of Los Angeles announced they would be teaming up to combine songs with the 70-piece Beethoven-based orchestra to create a new brand of classical music that is called, “Yeethoven” (Yeezy+Beethoven=Yeethoven). “You wouldn’t intuitively think of Kanye West and Beethoven as being similar musicians,” the promotional trailer narrates, “but if you listen a little closer, you’ll notice a lot of similarities.”

There will be six Beethoven creations, along with six songs created by West, for a one-time free and open to the public concert on April 16, 2016. This will take place at the Aratani Theatre in Los Angeles, which is part of the Japanese American Cultural & Community Center.

The composed music by the two artists will be “juxtaposed, developed, [and] spliced together” by the 70-piece orchestra, according to the event promotions. Also, confirmed by Rolling Stone, this is not an April Fool’s hoax. West welcomes critics and the comparisons that will inevitably be made between the sound and beats the hip-hop artists creates and the timeless major symphonies that Beethoven created.

“As a man, I am flawed, but my music is perfect,” West said after his 2013 album drop of Yeezus, which was named by nine different publications as Album of the Year. The album was released in a clear plastic case, no cover design other than a red strip on the right side. Yeezus found success despite not having a hit single on the record, a first for Yeezy.

The hype created (mostly by himself) over the stream-based album, The Life of Pablo. Perhaps there is a reason he buys into his own hype. According to the New York Times, the album has been streamed over 400 million times, and 250 million of those were in the first week and a half after the album was released by Tidal; a Jay-Z connected label, of which West is part owner. Signing musicians and producing music for and with other artists are just some of the examples of how he plans to expand his brand.

The Chicago native has never been one to shy away from his own greatness. Over the years he has expressed his sincere belief that he does in fact, deserve to be categorized as one of the most brilliant (not just musical but) creative minds of all time.

When referred to as a celebrity in a radio interview with Power 99 FM, West responded by saying, “[I] hate that word sometimes because I feel it undermines my level of mastermind thought [and] visionary concept.” Later, he compared himself to Ralph Lauren in the same interview.

His musical and creative genius can be debated, one thing that cannot is that he is one of the western world’s celebrity heavyweights. Now the husband of another Hollywood celebrity heavyweight, Kim Kardashian, he has the power to jump fields and find success and publicity in whatever line of work he chooses. That next line of work happens to be fashion. Hence the Ralph Lauren comparison.

West’s clothing brand, Yeezy has launched and since then, he has gone public asking for investors to join him in the business venture. A plea that appeared to have worked for the creative mastermind. The fashion show for the clothing line sold out Madison Square Garden in Feb. 2016.

A show that was greeted with a handful of both positive and negative reviews, just as the Yeethoven concert, is sure to do. But what the fashion show proved can best be described in the words of Jay-Z, “I’m not a businessman. I’m a business, man.”