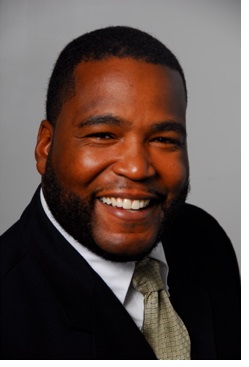 Dr. Umar Abdullah-Johnson is a nationally certified psychologist and therapist who does not believe that any African-American child is born gay. Johnson is a Doctor of Clinical Psychology and advocate of for the black community. He credits the “education system, trauma, abuse, dysfunctionality” and mothers who “psychologically castrate” their sons as contributors to the influx of blacks in the LGBTQ community.

Johnson has been deemed a national expert on the effect learning disabilities has on Black children. He has been active for years with schools and parents to assist in modifying challenging behaviors which have unfortunately led to children in the black community being misdiagnosed and labeled with a disorder. As a Certified School Psychologist Johnson lectures across the globe and practices privately throughout Pennsylvania.

According to his website, this advocate for African-Americans is the former Minister of Education for the Marcus Garvey Movement, the Universal Negro Improvement Association, and African Communities League. He is a consultant to families, educators, mental health professionals and charter schools throughout the country as well as a writer and political scientist. The psychologist currently hosts a psycho-educational community lecture series at the African-American Museum in Philadelphia.

As a therapist, Johnson trains educators and principals, as well as mental health technicians on various psycho-educational topics including Attention-deficit/hyperactivity disorder (ADHD) and other disruptive behavior disorders. The political scientist has been very vocal concerning his beliefs of these “so-called illnesses,” which according to Johnson, are born out of a dysfunctional family. Homosexuality, or gay activity, is another behavior pattern that the school principal believes has victimized black children and more recently been infused into the education curriculum.

There are not many known leaders in the African-American who have the ability to intellectually share their truth like Johnson. He is the author of a book entitled “The Psycho-Academic War Against Black Boys: From Grade School to the Grave Yard” and is the founder and president of the National Movement to Save Black Boys (NMSBB). Although he has many followers, others such as the feminist and LGBTQ communities have long found his ideas and theories offensive.

Johnson, who vividly who argues that black children are not born gay, has been invited to various platforms to speak about homosexuality and its history. According to the therapist:

Until 1973, homosexuality was considered a mental disorder. This was changed due to needs of population control for African people. Many of our male African ancestors were raped and today many male African leaders are forced into homosexuality for the maintenance of the status quo.

The therapist goes on to reference pedophilia, Greco-Roman homosexuality, and early Christian misogyny. When speaking of homosexuality within the female population, he said:

Female populated homosexuality was born out of a hatred of men for past molestation and abuse with lesbianism. Is it advantageous for our Black women, for so many Black men to be gay? PERIOD! How in the hell do you prepare for a war with White supremacy when most of your men want to have sex with the White man who he’s supposed to be fighting?

Johnson is currently on a mission to purchase to St. Paul College in Lawrenceville, Va. He aspires to transition the 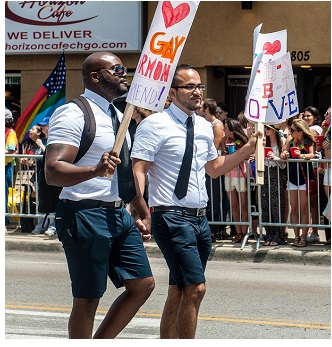 former college campus into the Frederick Douglas and Marcus Garvey School for Boys (FDMG). In efforts to reduce the “school to prison” pipeline, the educator wants to create a learning environment to restore hope, pride, leadership and mentorship to young black Americans. Unfortunately, many of the youth in these urban communities are going from grade school to the graveyard.

During an interview on the Lady DV Radio Program concerning the direction for the school, in light of his position on homosexuality, Johnson was asked if he would allow homosexual males into his learning academy. He replied:

Dr. Omar Johnson does not support, condone or endorse homosexuality in any way, shape or form. I am against all of it, but I can separate the behavior from the human being who practices it. You are talking to a therapist who has had therapy sessions with homosexuals. I don’t hate gay people, I love all black people regardless of the illness.

Yes, I am against homosexuality but I am not against the person who practices it because all black homosexuality, lesbianism, bisexual-ism, transvestite-ism, and all other related “isms” come out of trauma, abuse, and dysfunction. How can I hate a victim? So, to answer your question… Sure they can come to my school. There is no such thing as gay black kids, they are sexually confused black kids and FDMG will reverse the confusion. This homosexual activity is pushed on these kids and is propagated behavior.

The concern surrounding the LGBTQ community has been grappled with across the globe on the broader question of whether homosexuality should be accepted or rejected by society. A survey titled, “The Global Divide of Homosexuality” completed by the Pew Research Center finds that acceptance of homosexuality is particularly widespread in countries where religion is less central in people’s lives. Contrariwise, in countries with high levels of religiosity, the survey revealed that few believe homosexuality should be accepted by society.

Other factors in the overall acceptance of homosexuality are age and gender. The results revealed that the younger generation has far more tolerant views than their elders and women are consistently more accepting of homosexuality than men. The LGBTQ community has witnessed many victories during President Obama’s back-to-back terms in the Oval Office; as a result, according to Johnson, Obama has placed the Gay Agenda over the Black Agenda.

Johnson adamantly says that no parallel or comparison exists with two agendas.  Sexual orientation is a personal issue while racism is a global problem. What people choose to do in the privacy of their own bedroom is their business, but how an entire race in this country is treated should be everyone’s business.  No stranger to controversy, the child therapist said people are born black, but not one black child is born gay.