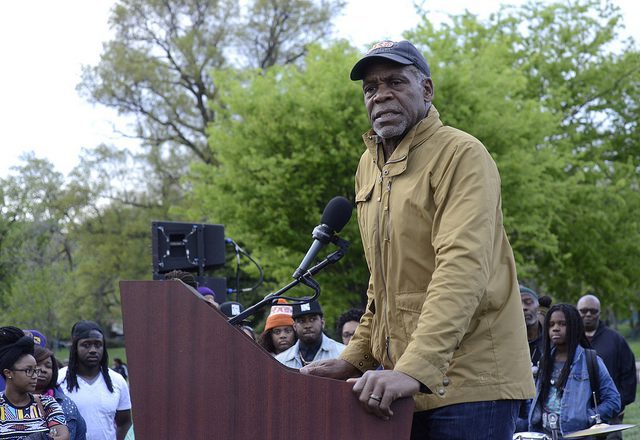 According to “The Washington Times,” on Friday, July 22, 2016, officials from the Black Lives Matter movement referred to the Republican Presidential Candidate as a “terrorist.” This statement came after his speech accepting the nomination for President of the United States at the conclusion of the Republican National Convention. The officials stated, “Donald Trump wants to give police the authority to terrorize our communities.” The Black Lives Matter movement has stretched across the country and maintained peaceful protests in different cities.

“The Boston Globe” reported that on July 21, Mayor Joseph A. Curtatone in Somerville, Mass., stated he refused to take down the Black Lives Matter banner that was hung on the front of the city hall building. This statement came after a request was made by the Somerville Police Union to have the banner altered to read All Lives Matter.

The president of the Somerville Police Employees Association, sent a letter to Curtatone requesting permission to alter the banner because he felt it was demoralizing to the city’s police force in light of the recent attacks on police officers. Since the first attack in Dallas, Texas, the police have insisted these violent attacks are the result of the peaceful protests conducted by the Black Lives Matter movement.

NBC News argued, officials from the Black Lives Matter movement and WNBA stars were angered by the WNBA’s decision to fine the teams and the players who participated in a peaceful protest. Players on the New York Liberty, Indiana Fever, and Phoenix Mercury teams planned a peaceful protest that involved players wearing black T-shirts with Black Lives Matter written on them, during their pregame warm-ups. The WNBA claims, the T-shirts violated the league’s uniform policy. Each team was fined $5,000 and each individual player was fined $500.

The official WNBA uniform policy insists, all clothing worn by the team must be from Adidas because it is the league’s official outfitter. Additionally, the clothing is not allowed to be altered in any manner. Some of those fined claim they will continue to wear their T-shirts in light of the fines they would incur.

The president of the WNBA, Lisa Borders, stated the fines for the players were not a form of “retaliation for the players taking the time to protest peacefully.” In fact, Borders was proud of the players for their engagement and passionate advocacy for such an important issue. Borders stated the T-shirts were poorly planned and since they did not meet league standards wearing them resulted in the distribution of fines.

The Black Lives Matter movement has continued to face adversity. The representatives of the movement were quick to blast Trump for his pledge to fight for Americans. The issue raised by these officials was related to the fact Trump only wants to help a small percentage of the American population. The rest of the population would continue to suffer from mass incarceration, deportations, and low-paying jobs that do not pay employees enough to cover their minimal human needs. Black Lives Matter representatives claimed Trump insists on law and order which would turn the urban communities in the United States into a police-controlled state.

It is these types of ideas which led Curtatone to stand with the Black Lives Matter movement while still showing respect to their police force. The mayor explained, there is a banner in memory of the fallen officers from Dallas hung in front of the Somerville police headquarters. He further argued this banner is placed where it would do the most moral support for the police force and the Black Lives Matter banner is also hung where it would do the same.

Black Lives Matter representatives proclaimed they are concerned that Trump is planning to be one of the most fascist leaders in history. He plans to turn the country into a police state which would allow the police brutality to continue. The Black Lives Matter movement has maintained peaceful protests across the country with hopes to bring on real change.

The “all lives matter” notion may be a good idea but would not focus on the fact the only people getting mishandled by the police are minorities and in particular young black men. It has been proven on many occasions the police were more likely to shoot and kill an unarmed black man than an armed white man.