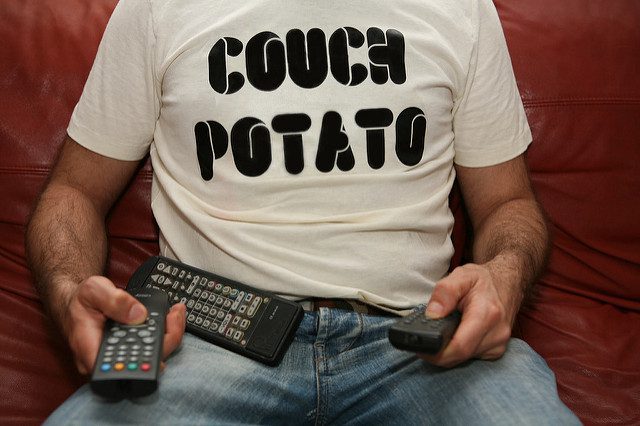 Sitting on one’s butt all day can be as hazardous to one’s health as smoking, drinking or eating excessively. It also costs a lot according to a study that showed that laziness and physical inactivity are killing people worldwide and costing an estimated $27.8 billion a year in the U.S. alone.

Physical inactivity is costing people a lot more than the ability to look good in tight-fitting jeans. It is now one of the leading risk factors for death globally, according to a report published in The Lancet, a medical journal in the United Kingdom, on Thursday.

Researchers at Australia’s University of Sydney found that physical inactivity costs the world’s economies $67.5 billion a year in healthcare and productivity losses (approximately $54 billion in direct costs and $13.7 billion via indirect costs, such as lost productivity as a result of early deaths. Over 40 percent, $27.8 billion, is ascribed to the United States. Besides the dollars involved, there are estimates that a sedentary lifestyle causes over 5 million deaths per year – almost as many as smoking, which is now attributed to 6 million deaths per year, according to the World Health Organization (WHO).

Whether for work, watching television or the computer screen, or reading, sitting around at least eight hours a day can increase people’s risks for heart disease, cancers and diabetes. The research team also found that getting an hour a day of exercise or physical activity (which can be broken into little bits) significantly reduces the costs and risks of death.

The study included a significant sample size (one million people from 142 countries containing 93.2 percent of the world’s population). However, it is scary and more disturbing that these numbers are undoubtedly underreported! Melody Ding, a University of Sydney researcher who led part of the study, said the true cost of physical inactivity is possibly two or three times higher. Additionally, richer nations suffer more obligations for the economic costs of inactivity (particularly job productivity lost), while less-wealthy countries bear a much higher proportion of the disease burden.

The study used 2013 data on direct health-care costs, losses in productivity, and disability-adjusted years of life data on five major health conditions that could be reduced by exercise – heart disease, type 2 diabetes, strokes, colon cancer and breast cancer. This sounds comprehensive, but there are 22 health conditions that are typically linked to inactivity. The others were not included reportedly because data was insufficient in some countries and the researchers wanted to use similar criteria for each country.

This is first study to quantify how much money, as well as lives, inactivity is costing annually. Presumably, there will be follow-up efforts delving deeper.

The WHO has emphasized that the recommendation for adults is 150 minutes each week of moderate physical activity. Research shows that only 25 percent of adults around the world get that much exercise or engage in that much physical activity each week. The coach potato and trend toward inactivity are worldwide phenomena in what the researchers called a “pandemic of physical inactivity.”

Laziness and physical inactivity by adults (and kids!) is costing billions around the globe and killing more than many other risk factors. Hopefully this article is making the readers want to get up (at least for a short time) as much as the writer.