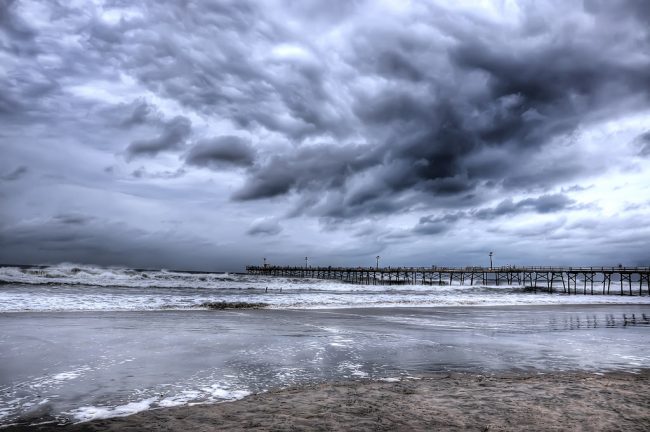 The 2016 Atlantic hurricane season is expected to be busy. On Aug. 11, 2016, the National Oceanic and Atmospheric Administration (NOAA) updated their forecast numbers regarding the second half of the ongoing season.

The Atlantic hurricane season is that period of the year when tropical cyclones, such as hurricanes and tropical or subtropical storms and depressions form in the Atlantic Ocean. All over the world, the tropical cyclones peak during late summer, due to the difference between temperatures.

The typical Atlantic hurricane season begins on June 1 and ends on November 30. These months were adopted because they are the period of the year when the tropical cyclones are most likely to occur.

In 2016, the Atlantic hurricane season is expected to be busy. According to CBS News, NOAA anticipated that the U.S. could face 12 to 17 named storms this summer, with five to eight forecast to possibly become hurricanes. Out of these last tropical cyclones, two to four are expected to become major hurricanes. Currently, the U.S. is experiencing the longest “hurricane drought,” as the last that hit the country was Wilma, in 2005.

As of this report, five named storms have already occurred in 2016. Only two of them were hurricanes.

Alex was a rare Atlantic hurricane that formed in January. It was the first that occurred in January in the Atlantic since 1938. According to the NOAA, Alex made landfall in The Azores, Portugal, as a tropical storm. However, it became the strongest January hurricane on record as its winds reached approximately 85 mph.

Bonnie struck as a tropical storm in June. Later, it was lessening to a depression. The cyclone brought with it four days of rain in the proximity of North Carolina. According to the Southeast Regional Climate Center, Bonnie was “the sixth heaviest four-day rain event on record” since 1949.

Colin also occurred in June, being the earliest third storm in the Atlantic. It made landfall in Florida, becoming the first named storm to hit the state since Andrea, in 2013. In the Tampa area Colin’s winds reached 39 mph and knocked down trees and power lines, while massive amounts of rainfall caused flooding.

Danielle formed as a tropical storm later in June, in the Gulf of Mexico. It was the earliest fourth cyclone of the season in the Atlantic. As it made landfall, it decreased to a tropical depression and dissipated. However, large quantities of rain fell in eastern Mexico.

Earl formed at the beginning of August. The hurricane made landfall in Belize, becoming the first cyclone in the area since Ernesto, in 2012. Earl caused heavy rains which led to landslides. According to Weather, more than three dozen people died in Mexico due to the hurricane.

Several other names are on the 2016 list for storms that would form in the North Atlantic. The World Meteorological Organization approved the list which contains 16 names:

The second half of the Atlantic hurricane season is expected to be busy. According to the Atlantic Oceanographic & Meteorological Laboratory (AOML), September is the most active month for tropical cyclones on a world-wide scale.