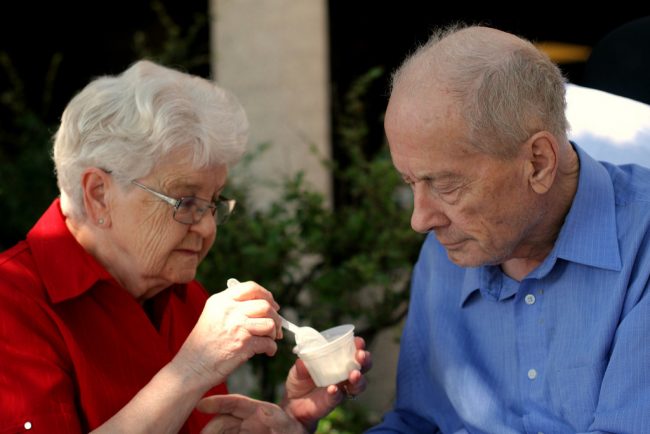 Alzheimer’s disease may have a cure. In August 2016, the researchers at the University of Manchester revealed that a drug used for menstrual pain could cure the disease.

According to the Alzheimer’s Association, the disease is “a type of dementia which causes problems with memory, thinking, and behavior.” Its symptoms develop slowly but get worse enough to interfere with daily tasks. Most of the Alzheimer’s patients are 65 years old or more. However, five percent of the affected people have early onset Alzheimer’s, which means that the symptoms appear in someone’s 40s or 50s. For a long time, experts tried to find a cure, but they managed only to delay the worsening of the symptoms and improve the quality of life for the sufferers.

However, Alzheimer’s disease may now have a cure. In August 2016, a team of researchers at the University of Manchester, led by Dr. David Brough, found that an anti-inflammatory drug could help the sufferers from the degenerative disease. According to IBT, the experts worked with mice to show that a Non-Steroidal Anti-Inflammatory Drug (NSAID), commonly used to relieve menstrual pain, reversed the Alzheimer’s symptoms in the specimen.

The study used 20 mice, genetically modified to present the manifestations of the disease. For a month, ten of them received the mefenamic acid, while the other ten got a placebo. After the treatment, the researchers saw a reversal of memory loss in those mice treated with the drug. The condition of the second group remained constant.

Testing the Risk of Developing the Disease

Besides the fact that Alzheimer’s disease may now have a cure, a biotech company developed a test which can identify people who are at risk of developing this form of dementia. According to “The Telegraph,” Randox Laboratories, based in London, created a $32 test which uses a biochip to make the genetic analysis of the blood.

Several influential names in the medical industry, such as Dr. Maria Zellner from the Institute of Physiology at the Medical University of Vienna and Dr. Clare Walton, the research manager at Alzheimer’s Society, validated the test. They consider it a breakthrough in the area as it is faster and cost-effective.

Beyond trying to cure Alzheimer’s disease, specialists are working on finding ways to protect people from it. According to a study presented at the 2016 Alzheimer’s Association International Conference®, having a higher education and a mentally stimulating job may help prevent dementia. A healthy diet is also important.

The researchers discovered that there are “socially and intellectually complex occupations” which help preserve healthy brain functions:

Moreover, food has a significant role in protecting the brain’s health. According to Medical News Today, a team of researchers from the Centre for Human Psychopharmacology at the Swinburne University of Technology in Melbourne, Australia, discovered that a Mediterranean diet is good for the brain.

The diet includes a high intake of plant-based foods and fish or poultry, which help lower the risk of heart disease. Moreover, the nuts and olive oil found in the Mediterranean diet may help prevent mental diseases.

Currently, nearly 44 million people from all across the world have Alzheimer’s disease or a related type of dementia, which are “the top cause for disabilities in later life.” The illness is most common in Western Europe and North America.

3 Responses to "Alzheimer’s Disease May Be Curable"