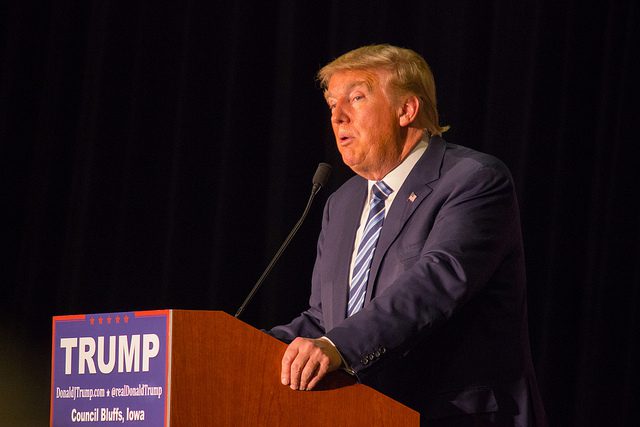 On Thursday, Aug. 4, 2016, the “Daily News” reported that Donald Trump was a hypocrite for running an anti-immigration campaign when his wife, Melania most likely worked in the United States illegally. Earlier this week, racy photographs were released of Trump’s wife; dated 1995. This was one year sooner than she previously insisted she arrived in the past. This information has caused her husband’s campaign appear hypocritical since he focuses his attention on attacking multiple racial and ethnic groups in the U.S.

Not only is the timeline provided incorrect, but there is also an issue with the type of visa she claimed to have when she was working in the United States. She stated that it was a requirement for her to return home every few months to recertify her visa. Reports indicate that she most likely had a temporary business visitor visa or a tourist visa which would not have permitted her to work legally in the country.

The Republican Presidential candidate has claimed, he will build a wall on the southern border, ban the immigration of all Muslims, and destroy the visa program that has allowed people to work and become a part of American communities. He has been against immigrants for years and, most notably, he has repeatedly and falsely accused President Obama of being an immigrant. Trump has been referred to as a hypocrite because it appears likely he married an illegal immigrant.