Emperor of Japan Akihito Wants to Step Down 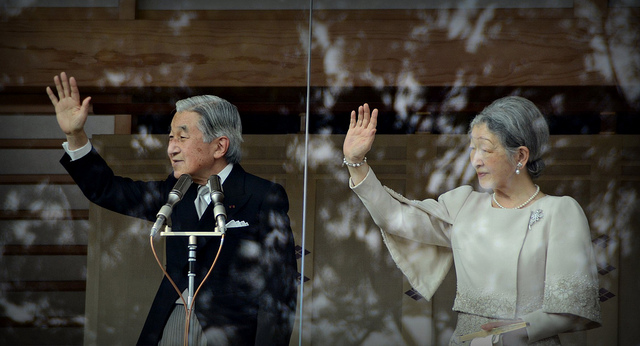 According to “The New York Times,” Monday, Aug. 8, 2016, was an important day for the people of Japan, as Akihito, the country’s 82-year-old Emperor announced publicly, his intentions to resign from the royal position. The octogenarian made the announcement in Tokyo, using a 10-minute long prerecorded speech that was beamed across the country’s television channels. In his unique public address, the Emperor of Japan cited his deteriorating physical health, coupled with his daily work schedule as the main reasons behind his desire to step down.

He focused on his past medical history of having undergone surgery for both the removal of prostate cancer and treatment of coronary-bypass in 2003 and 2012, respectively, as reported by “The Japan Times.” Akihito refrained from using the word “abdicate,” in his speech, according to CNBC. This was due to the restrictions imposed on him by the Japanese constitution, which recognizes the country’s status as a monarchy tied to the centuries-old Imperial dynasty. It was founded by Emperor Jimmu in 600 B.C., which, according to “The New York Times,” forbids the Emperor of Japan to step down before his death. However, as reported by CNBC, he did make a vehement but a subtle appeal to the legal and administrative machinery to make it easy for him to willingly abandon his throne and smooth out the succession process. Akihito also hinted at handing over the emperorship to his son, Crown Prince Naruhito. 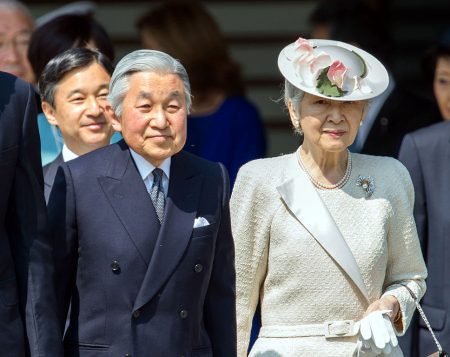 As stated by “The New York Times,” Akihito is the 125th Emperor of Japan. He was born on Dec. 23, 1933, and ascended the throne when he was 55 years old, after his father, the late Emperor Hirohito, died on Jan. 7, 1989, as reported by “The Japan Times.” “The New York Times,” further states that Akihito is also the first emperor to have flouted the archaic rules of his regal dynasty by not marrying a girl belonging to a royal family. Instead, he tied the knot with a commoner named, Michiko Shoda, in 1956. Since then, the current emperor has been discharging his official duties tirelessly by undertaking both domestic and international travel, the ambit of which includes around 50 countries until now, according to “The Japan Times.”

Akihito is a philanthropic leader. As reported by “The New York Times,” during his reign, spanning almost three decades, the emperor has been an active promoter of social welfare causes. He has provided consolation in the form of words of hope and encouragement to those underprivileged members of society who are living in abject conditions. Most of them are victims of wars and natural disasters.

Akihito’s speech has drawn mixed reactions, fanning the rumor mills with speculation over his inclination to step down. Most of the general public welcomed the octogenarian’s decision, as evident from the results of an opinion poll conducted by the local Japanese media. According to CNBC, around 86 percent of the respondents empathized with the emperor, deeming it appropriate to make necessary amends in the law to legitimize and alleviate the abdication process. However, Akihito’s speech has fretted the political circles, especially, Prime Minister Shinzo Abe and his rightist Liberal Democratic Party. Two reasons exist.

First, according to CNN, there are conjectures that Abe’s recent defense-related policy measures and reforms aimed at increasing Japan’s role in security affairs have not been welcomed by Akihito. The Emperor of Japan, basically a pacifist, as reported by “The New York Times,” is unable to see those reforms directly challenge his anti-war principles. At the same time, he can also not speak out openly against them, since his country’s constitution prevents him from interfering in political matters, according to “The New York Times.” Thus, leaving Akihito with the only option to express his wish to step down quietly, while citing his frail health as a valid reason.

Second, reason pertains to a direct, though an implicit request made by Akihito to amend the abdication law of the Imperial dynasty. According to “The New York Times,” the Imperial law accords a godlike status to the Emperor of Japan, and hence, cannot support his resignation from duty and service. Hence, this amendment in the law would be challenging for Abe to implement, as it would invite protests from all over the country.

On the other hand, even Abe risks amending it, and it would still do no good. It will “stir up a hornet’s nest,” from a different gender-based angle, according to CNBC. In his request to make the succession process smooth, even though, Akihito does express his desire to crown his son Naruhito as the next Emperor of Japan, but he does not suggest any solution in case of a family which might have predominantly more females than males, or no male members at all. This is because, according to “The New York Times,” another legacy of Akihito’s royal family lineage is that only a male member can become the emperor. This is true for all 125 emperors, including Akihito. Coincidentally, Akihito’s own family tree has more females than males in the younger generation. According to CNN, Crown Prince Naruhito only has one daughter, while his younger brother Prince Akishino has two daughters, and one son, Prince Hisahito.

The bone of contention for Abe is that if a change in abdication law is proposed, then it would also mean opening the option to have a female empress ascend the throne. Though, that would be in-line with Abe’s already proposed gender-based programs favoring women which encourage their greater participation in both workforce and politics, as reported by CNBC. However, it will openly challenge the principles of the conservative Imperial dynasty. Something, which Abe’s ultra-conservative vote bank will not like.

2 Responses to "Emperor of Japan Akihito Wants to Step Down"