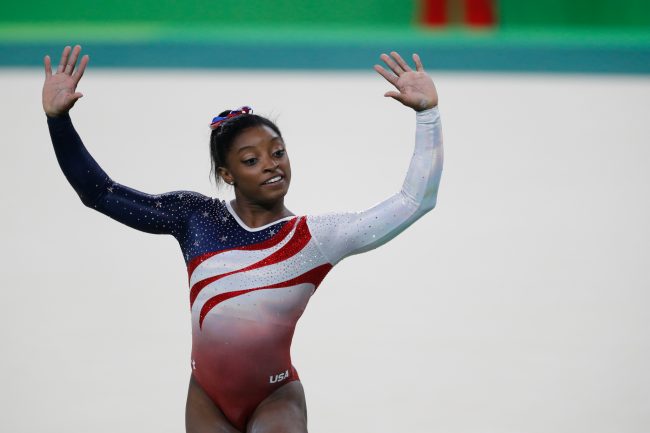 On Aug. 11, 2016, Simone Biles won the Olympic title in the women’s gymnastics individual all-around final. It is the second gold medal that she obtained in Rio, after winning the gymnastics team all-around competition on August 9.

It is the second Summer Games in a row, an American athlete has taken the Olympic title in the women’s gymnastics individual all-around final. At the 2012 London Olympics, Gabby Douglas won the gold medal. Biles secured the 1st place on the podium, after gaining some of the highest scores of the night; 15,866 points on the vault, 14,966 points on the uneven bars, 15,433 points on the balance beam, and 15,933 points on the floor apparatus.

The 19-year-old gymnast is competing at the Olympics for the first time. However, she is known globally for being the first woman to win three consecutive world all-around titles. Biles is the most decorated American female gymnast in World Championship history.

Alexandra Raisman, Biles colleague in the national USA team, won the silver medal on August 11, in the gymnastics individual all-around final. Aliya Mustafina won the bronze award. This is the second bronze Olympic medal in a row for the Russian gymnast.

After the victories of Biles and Raisman, the USA team remains in the 1st position of the Olympic medal count ranking. The Americans obtained, in the first six days of competition, 35 medals; 13 gold, 12 silver, and 10 bronze.