‘Suicide Squad’ Is a Team of Discordant Supervillains 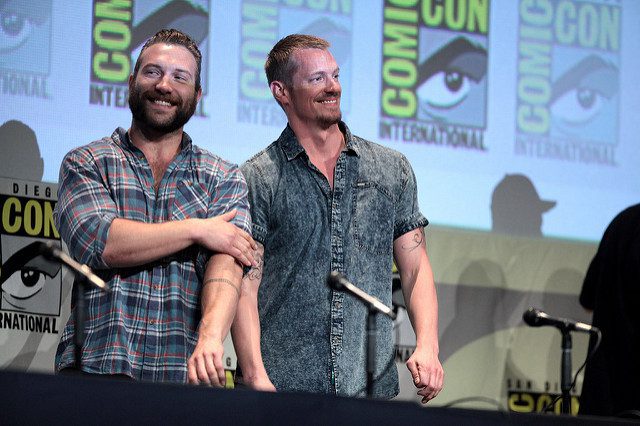 According to IMDb, the movie, “Suicide Squad,” was written and directed by David Ayer. It opens in theaters across the U.S. on Aug. 5, 2016, and brings together a team of DC Comic supervillains under one platform. The premise of the movie, as reported by IMDb is that all the supervillains have been recruited by a secret government agency to execute dangerous black ops missions in exchange for clemency. It has a prominent star cast, including Will Smith as Deadshot, Jared Leto as the Joker, and Margot Robbie as Harley Quinn.

The critics slammed the on-screen comic-book adaptation before it saw the light of the day for being a chaotic and mindless mess that lacks a strong narrative regarding the mission mentioned above. According to io9 Gizmodo, as the movie progresses, the plot tends to obfuscate the audience, before ultimately moving off-track. It only focuses on an unnecessary and monotonous display of superpowers by the Suicide Squad members. This includes shooting guns at things and each other, despite being a part of the same team. All this suggests that the Suicide Squad 0is a team of discordant supervillains.

Most of the criticism comes from the film’s inability to justify the inclusion of the word “squad” in its title. According to Dictionary.com, the word “squad” is used to describe a small group of law enforcement personnel, either soldiers or police officers, engaged in a common enterprise, especially one organized to address a particular area of law enforcement. The definition appears to espouse coordinated functioning required to achieve the common goal. However, the behavior of the nine members who come together to form the Suicide Squad, according to “Variety,” appears disjointed. According to “The Hollywood Reporter,” the group of supervillains sent on a crucial mission, seem more like a “dream sports team.” The efficacy of the team’s cumulative efforts clearly falls short of the individual talents of its members. This makes the Suicide Squad a team of discordant supervillains. 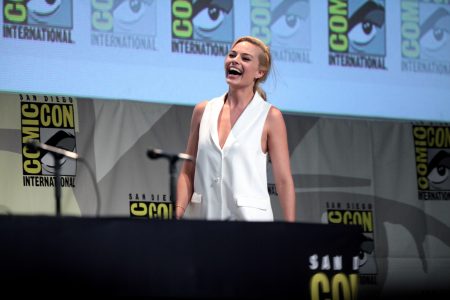 The Squad members are themselves an evil lot. As they are incarcerated, anti-social elements of the DC Universe. They also lack camaraderie, normally found in a group of friends. According to Vox, the movie, “Suicide Squad,” completely redefines the image of a traditional superhero ensemble “where its all for one and one for all.” As Vox puts it, each member of the Squad has his or her own distinct personality, goals, aspirations, and conflicts, and is, therefore, only in it for himself or herself.

The members also have a complete disregard for each other, leave aside the mission that has brought them together. This is evident from the Suicide Squad members’ fearlessness to kill and even display their sociopathic tendencies on one another. As Vox reports, they will watch a teammate get shot and will not move a finger. However, being a part of a special force recruited for the accomplishment of an important assignment, automatically demands some amount of synergy or coordination in the behavior or operation of the group, which is lacking, as each member appears to sing his or her own tune. 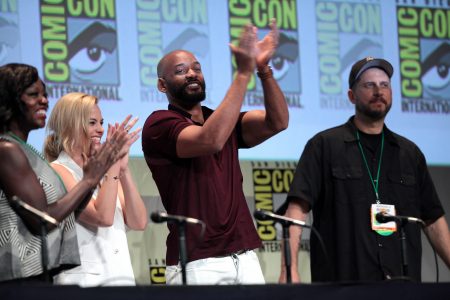 Vox takes the criticism of the movie to an altogether different level by comparing it to “Batman Vs. Superman: Dawn of Justice.” It gives more points to the former superhero mashup than to the latest supervillain chaos. According to Vox, “Batman Vs. Superman” was better. It tried to at least pursue the goal of comparing the ideologies of both superheroes and proving their greatness, even if it involved pitting them against one another.

Whereas, the current ensemble of anti-social elements, in an attempt to be different, tries to rely on an attitude of full-blown villainy. The movie’s characters try exhibiting themselves as a team of “fearlessly insane and cruel killers,” according to Vox. However, by putting aside the team dynamics mentioned earlier, and only focusing on the individual characters, this very attitude fails to develop in the film. Thereby, making the entire Suicide Squad, look like a team of discordant supervillains.