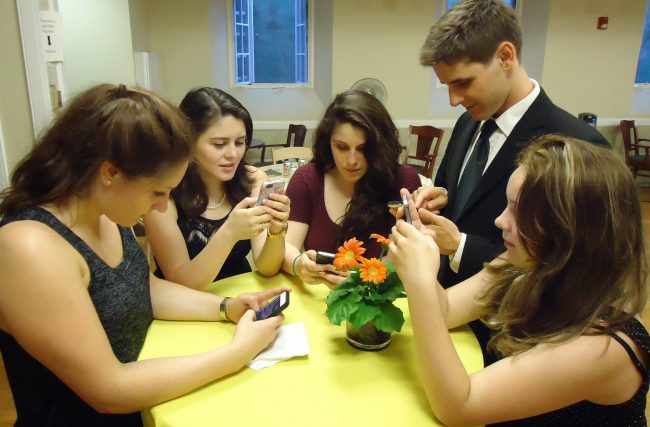 Research may show that one-third of marriages begin online nowadays, but those looking for more permanent relationships tend to be older (30 to 39). Those using Tinder tend to be younger (approximately 83 percent are below age 35, with most in their 20s) and skewed toward males. New research suggests there is one other difference: Tinder users, noticeably men, tend to have lower self-esteem overall and the app’s design can add to it, packing an emotional gut punch into the mix of swipes.

A new study presented this week at the American Psychological Association’s annual convention indicates that Tinder users have lower self-esteem and a more negative body image than those who do not use the “dating” app. The population examined consisted of mostly college students, so results may differ in other age groups. However, the researchers suggest that the app’s design and user base may also be involved.

Tinder is a dating app for mobile devices with reportedly 50 million users. However, unlike eHarmony, Match.com, and others, this app has a reputation for being used for very short-term relationships too. Or, as a “Vice” article put it, “Tinder is the hook-up generation’s GPS for banging” and is used by many mainly to get laid.” So, its not necessarily attracting the same users, but there is a lot of overlap between apps. (Approximately 25 percent of users are also active on another dating site, which may reflect either poor outcomes or using them for different types of “relationships.”)

The finger flick to essentially reject or accept others sets people (particularly males) up to be rejected or accepted in return for men. That is because men typically swipe right (i.e. okay) far more liberally than women do. Women swipe left (i.e. no way) more often. So more men who are interested in someone have a much higher rate of being rejected by the people they are interested in than vice versa.

Noting the societal about-face men find themselves in today, “They’re now being evaluated and are being determined whether or not somebody is interested in them [based on their looks],” commented co-author of the research Trent Petrie, who is a professor in the University of North Texas psychology department. “Men may be more likely to get more swipe-lefts. And that can take a toll, perhaps, on those young men.”

For the study, which was primarily aimed at females, researchers queried 1,044 women and 273 men (largely collegians) to determine how they felt about themselves. Questions addressed body image, comparing themselves to others and other things to gauge self-esteem. They also asked about usage of Tinder, which was used by 10 percent of the sample population. The results showed that those who actively use Tinder to find someone, regardless of the user’s gender, had more body dissatisfaction, issues with societal expectations of beauty, and compared themselves physically to others regularly. Those not using the app were more confident and had better overall esteem.

While the study primarily looked at women (hence the larger number of females in the study) and their self-esteem and feelings of objectification, the results suggest that men are affected by feelings of exploitation and low self-esteem like women, if not more so, according to the researchers. The researchers speculated that it may be because more men use the app (60:40, according to Global Web Index) and men are less discerning with their swipes. As a result, simple math would indicate that men get far more rejection.

While the study implies that there is a tie between Tinder and lower levels of self-esteem, no causal relationship between the app and an emotional gut punch hurting self-image was established. It could be that Tinder users have lower self-images and esteem than others before beginning to use the app. Perhaps their issues with self-image led them to use it in the first place. But, it is also possible that the app makes those feelings of deficiency worse.