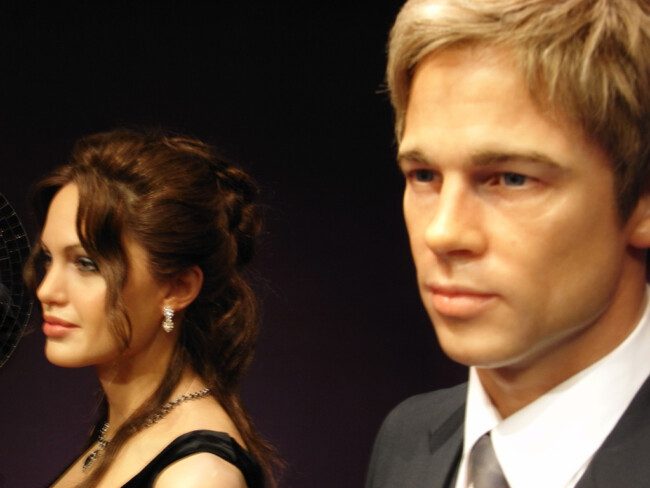 Angelina Jolie and Brad Pitt’s marriage came to a screeching halt on Sept. 15, 2016, two years after they married in August 2014. The divorce between the A-list Hollywood couple, which Jolie filed for, is not a peaceful one, as reported by US Weekly.

In the divorce decree, Jolie cites irreconcilable differences, and she is seeking custody of all six of their children. Though the couple is fighting over things like assets, they both agree that they are concerned with their children’s welfare and ask the press to keep their distance.

However, the relationship did not start on a good note. During the 2004 filming of “Mr. & Mrs. Smith,” it was speculated that Pitt and his co-star Jolie had an affair while Pitt was still married to Jennifer Aniston.

The accusations did not quail when Pitt and Aniston announced their separation in January 2015. Aniston filed for divorce a few months later. Speculations were confirmed about the relationship between Pitt and Jolie when photos of the A-list couple, in Kenya, were released in April 2005 .

Jolie and Pitt have adopted children together, as well as their own.

Though the couple was having children and supporting family life together, they did not announce their engagement until 2012. In 2014, the high-profile couple had a small private ceremony. The vows took place in a chapel in the village of Correns, called Chateau Miraval.

Shortly after, in 2013, Jolie underwent a preventive double mastectomy. Jolie stated that she had the surgery after the discovery of the gene mutation, BRCA1, which significantly increases the risk of cancer. Pitt was there to support Jolie through her turmoil. Jolie made this statement in an article she wrote for the New York Times:

My doctors estimated that I had an 87 percent risk of breast cancer and a 50 percent risk of ovarian cancer, although the risk is different in the case of each woman. Once I knew that this was my reality, I decided to be proactive and to minimize the risk as much I could. I made a decision to have a preventive double mastectomy.

The following year, the actress made headlines due to her health a second time, when she once again safeguarded herself against cancer. This time, the procedure involved the removal of her ovaries and fallopian tubes. Even so, the power couple worked on “By the Sea” together, during Jolie’s health struggles.

The Giving Side of the Jolie-Pitt Power Couple

Jolie has been a part of the Council on Foreign Relations (CFR) since 2007. She has funded several CFR special reports, one of which was the Intervention to Stop Genocide and Mass Atrocities. In 2011, the star established the Jolie Legal Fellowship. The Fellowship is a network of lawyers and attorneys who are sponsored to advocate the development of human rights in their countries.

Pitt supported the public funding for embryonic stem-cell research in 2004. The star also endorsed Proposition 71, which is a California ballot initiative that provides funding for stem-cell research. The superstar is one of the founders of Not On Our Watch. The organization focuses on preventing mass atrocities.

Jolie spearheaded the campaign against sexual violence in military conflict zones. Her efforts made the issue a priority of its 2013 G8 presidency. In 2012, the star launched the Preventing Sexual Violence Initiative (PSVI) with Foreign Secretary William Hague. He was inspired to campaign on the issue from the star’s Bosnian war drama, “In the Land of Blood and Honey,” which was released in 2011.

Pitt supports the ONE Campaign. The organization is aimed at combating AIDS and poverty in developing worlds. The star has also narrated the 2005 PBS series, “Rx for Survival: A Global Health Challenge.” The series discusses current global health issues.

The couple visited a school in Haiti in 2006. The school is supported by Yele Haiti and founded by Haitian-born hip-hop artist, Wyclef Jean. In 2007, the couple donated $1 million to three organizations in Chad and Sudan. The organizations are dedicated to those affected by the crisis in the Darfur region.

The star-studded couple has remained silent since their separation two weeks ago. Pitt decided to sit out on the promotion of his latest film, “Terrence Malick’s Voyage of Time.” The megastar says he did so to concentrate on his family and his personal life. However, he stated that the film is incredibly beautiful and unique. The IMAX film is for children and families, and it chronicles the birth of time.

I’m very grateful to be part of such a fascinating and educational project, but I’m currently focused on my family situation and don’t want to distract attention away from this extraordinary film, which I encourage everyone to see.

Jolie is in the process of releasing the documentary film she directed about the Khmer Rouge. Slated for release sometime next year, on Netflix. The documentary is titled, “First They Killed My Father: Daughter of Cambodia Remembers.” Jolie has not been making any comments to the press since she filed for divorce.

The Daily Mail: NBC axes Brangelina breakup special at the last second  ‘over fears of losing the first interviews with Pitt and Jolie’
CNN News: Angelina Jolie files for divorce from Brad Pitt
US Weekly: Brad Pitt Is Focusing on His ‘Family Situation’ Amid Angelina Jolie Divorce: Read His Statement

One Response to "The Brad Pitt and Angelina Jolie Divorce"