Hillary Clinton Is the Better Choice for President [Video] 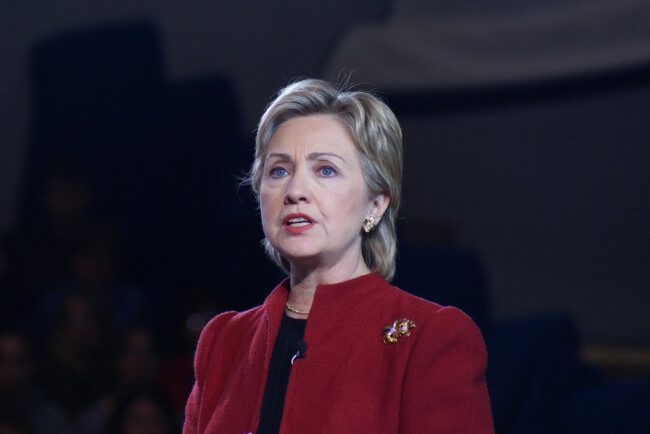 The polls published on Sunday, Oct. 23, 2016, showed Democratic presidential nominee Hillary Clinton, ahead of the GOP candidate Donald Trump by 12 points. Since those polls came out the gap between the two candidates has closed to a tie. Even with an email scandal, Clinton is still a better choice to uphold the highest office in the land.

Many Republicans feel their nominee will be unable to fully bounce back from the latest allegations of sexual misconduct. At least a dozen women have come forward with accusations against Trump. He has bragged about groping beautiful women in an “Access Hollywood” interview with Billy Bush, in 2005. Some Republicans say Bush coerced him into saying such hideous things, but no one forced the words from his mouth. The real estate mogul should hold himself accountable for his own words. Since that is unlikely to happen, the people must look at all the facts before they go to the voting booths.

A woman, who is a citizen of California, being referred to as Jane Doe in legal documents, reported that the billionaire raped her at a party in 1994. She stated he lured her to a few parties with promises of a modeling career and money.

The owner of the apartment, Jeffery Epstein, a registered sex offender, sexually assaulted her. At the last party she attended, Trump raped her, then threatened physical harm to her and her family if she told anyone about it. She has recently come out and told her story, and allowed her name, Katie Johnson, to be published. She told reporters that if a rapist was chosen to be president, she would be too terrified to live in this country. The young woman, now 35, has not been able to have a successful relationship due to her inability to trust anyone.

Clinton pressed the core constituents of the Democratic Party to vote early. She traveled to Raleigh, North Carolina, to explain why she is the better choice to uphold the office of president. She spoke to mothers whose children were shot and killed by police officers or were victims of gun violence.

While speaking to the people, Clinton sounded more like a president addressing a divided nation. In her speech, she stated that much of America is willing to work together and find a way to put an end to gun violence. Despite what has been said on the campaign trail.

A woman in the congregation, whose daughter was killed in a Texas jail, after she was stopped by police in a routine traffic stop, asked everyone to voice their opinion in the voting booths. If they did not vote, she said they should not have an opinion. The secretary of state asked voters to reject the real estate mogul and the Republicans who have backed him. Clinton pressed voters to choose Democrat Deborah Ross for senator in North Carolina, and not to re-ëlect Richard M. Burr. She stated that Ross has never backed away from a challenge and is not afraid of Trump.

Clinton received an endorsement from the Star Tribune, which has stated she takes a definite course of action and is deeply dedicated to public service. This makes her the country’s best hope.

The 2016 election has been unpleasant and at times offensive. According to the Star Tribune, she is the only logical choice for firm leadership when so many Americans long for solutions to long-standing problems. The Democratic nominee is the candidate the Star Tribune’s editorial board has chosen to stand behind, for the next President of the United States.

Clinton is not without flaws. For instance, she tends to dodge the truth when her back is up against a wall. She has allowed herself to be pushed into trade deals that need to be renegotiated. This is something she must overcome with a strong commitment to being more open and sincere with the American people. When her faults are measured up against the many failings of Trump, she is the logical choice and this country’s best aspiration.

Clinton’s message to Americans is “Stronger Together,” unlike her opponent, who believes he alone can make the country great again. Trump refers to himself as the only one who can defeat ISIS. It is certain that he can not do it alone. The fact he does not recognize this proves again, he is not the right candidate.

The editorial board of the Star Tribune made their choice to endorse the Democratic presidential nominee, over the GOP candidate, because a strong leader needs to be able to bring people together in troubled times, and not pull everyone further apart.

Hillary Clinton Is the Better Choice for President [Video] added by Katherine on October 24, 2016
View all posts by Katherine →