Taking Photos in Museums More Acceptable, But Not Always 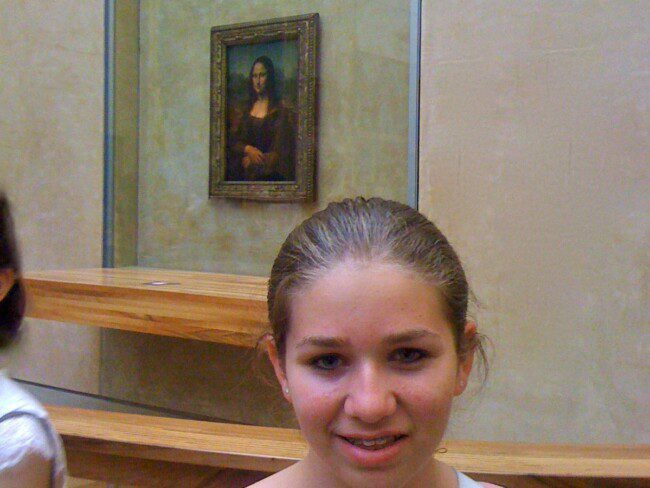 The temptation to share images when visiting a famous site or something visually interesting is great in today’s social media society. However, even though people are recording everywhere they go, taking selfies standing before a famous painting in museums is not always allowed (but it is getting more acceptable). Even in museums and monuments that do allow photography, rules may differ depending on the subject matter.

Some places that ban photography sell reproductions in their gift shops, but the restriction is not usually a moneymaking one. Furthermore, many would argue that someone posting a photo on Snapchat of a Rembrandt van Rijn on temporary display at The Getty Center helps encourage others to visit the museum. Even reporters attending media previews at museum are asked not to take photos of some objects or to only take wide gallery shots. Yet, reviews clearly pique interest in seeing the exhibit.

Years ago, most museums did not allow photography at all. Nowadays, most museums allow photography in some places, but not in others. Visitors can wait until a guard steps forward and tells them, “No photos.” However, it is better to check the policy, whether standing in front of the “Mona Lisa “at The Louvre, an Andy Warhol at The Broad, or Michelangelo’s “Creation of Adam” in the Vatican’s Sistine Chapel.

The Metropolitan Museum of Art in New York, The Broad in Los Angeles, The Louvre in Paris, The Los Angeles County Museum of Art (LACMA), and countless others do not allow flash photography anywhere. For safety reasons, most ban tripods and selfie sticks too. Both LACMA and The Broad specifically state that visitors “are welcome to take photographs of the collection for personal use unless otherwise noted.”

It is special exhibits and items on loan that are often the issue. The Louvre policy states that “filming and photography are not allowed in the temporary exhibition rooms.”

Year ago, the assumption was that flash photography emit intense light that could hurt paintings and other works of art. Precluding flash was a preventive measure. However, electronic flashes on smartphones is drastically different than that older flash attachments for cameras. Most recent studies show they present negligible danger, but the ban persists.

Others claim eliminating cameras avoids having bottlenecks with people crowding in front of an artwork for selfies. That argument does not hold up when other works that draw larger crowds (Getting in front of the “Mona Lisa” is tough at any time!).

The most salient reason involves copyright and ownership protections. The copyright or reproduction rights reside with the artist or the current owner. So, when a museum does not own an artwork, such as pieces in a special exhibit, photos are usually not permitted.

Copyrights do not last forever, however. The Sistine Chapel was painted centuries ago and its works belong to the Vatican. So, why is photography not allowed in there?

Nippon Television Network (NTV) in Japan obtained exclusive photo, film and TV rights in 1990 for underwriting restoration of the Sistine Chapel’s frescoes (reportedly for $4.2 million). The Japanese network produced several documentaries, including some in English, as well as coffee-table books in many languages.

The arrangement did not apply to tourists taking pictures, but the Vatican enforced the no photos as applicable to everyone. The NTV exclusivity rights ended three years after each phase of the project ended, with the final rights ending in 1997. However, the Vatican has chosen not to end the ban. They own the art and the building, so it is their right.

Nowadays, the internet exposes people to more art than classic art history texts like “Gardner’s Art Through the Ages” ever could. Most museums have photos and information about their holdings available online. They use social media to promote special exhibits and key pieces in their collection.

Realistically, someone wanting to show a favorite work they saw on social media could just link to it in the facility’s website. Of course, that would not include the smiling face of the person posting the image as proof they were there. Those wanting to take their own shots or own images in front of art should be aware that taking photos in museums may be more acceptable, it is not always allowed. Do not take it personally; the owner or artist probably imposed the requirement.

Sources:
ArtNews: Why Can’t We Take Pictures In Art Museums?
The Conversation: Why is taking photographs banned in many museums and historic places?
New York Times: When It’s Illegal to Photograph Artwork
MentalFloss: The Reason Why No Photography is Allowed in the Sistine Chapel
New York Times: Nippon TV and Vatican
Metropolitan Museum of Art:
The Broad
LACMA
The Louvre