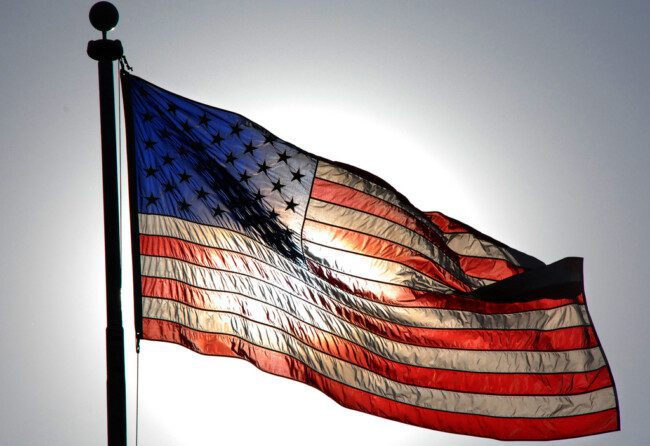 For 35 years, media networks, newspapers, and journalists have vowed to keep exit polling information to themselves, until all the polls have closed. This was decided because there was the overall thought that real-time voting information, on Election Day, could sway those who had not yet cast their votes. However, that silence will be broken for the 2016 presidential election.

VoteCastr will be providing real-time voting data from eight battleground states. This information is being collected using the same techniques as the presidential campaigns.

Over 83 percent of the expected voters have cast their ballots in Florida. Thus far, Hillary Clinton has 48 percent and Donald Trump has 45 percent of the state.

In Colorado, 80 percent of the votes have been counted. Currently, Clinton holds a three-point lead over her Republican opponent.

More than 66 percent of the registered voters have cast their ballots in Iowa. At this time, Trump has a narrow lead of 1 percent.

In Nevada, almost 69 percent of registered voters have cast their ballots. Clinton currently leads by a narrow 1 percent.

Clinton holds a 1 percent lead in Ohio. So far, 74 percent of voters have made their choice.

Over 63 percent of the votes have been collected in Pennsylvania. Trump is trailing Clinton by 3 percent.

The VoteCastr model is showing Clinton in place to win these eight battleground states. However, there is an expected surge of votes for Trump, later today. Nevertheless, if Clinton maintains her three-point lead in Florida, her victory will be solidified.

In order for Trump to take the 2016 presidential election, he would have to gain electoral votes from all the states in this report. In the last hour, Trump has not only tightened the gap in Ohio and Iowa, he has a one-point lead. Clinton leads in the remainder of these battleground states, however, her lead has narrowed from 4 to 3 percent.

Update: As of 5:23 p.m., an hour before polls close on the East Coast, the gap is closing in Florida, Nevada, Iowa, Ohio, Pennsylvania, and Wisconsin.

Clinton has more than 4 million votes, however, Trump is trailing by less than 300,000, in Florida.

Nevada shows a narrower lead for her, by less than 6,000 votes.

The voter turnout compared to the 2012 election is showing to be significantly lower, in all of these states, except for Florida. In this state, more voters are turning out for Clinton.

The Democratic nominee is pulling ahead in Nevada, by a mere 1,000 votes. However, the Republican candidate continues to close the gap in Ohio, where he is down by 21,000 votes.

The race is being maintained in Pennsylvania and Clinton has widened her lead in Wisconsin to 150,000 votes.

Update: At 7 p.m. polls closed in some of the battleground states. Trump has garnered 19 electoral votes and Clinton has 3. The Republican nominee is projected to take Kentucky and Indiana. The Democratic nominee is expected to win Vermont. It is too early to predict the winner in Virginia and Georgia.

Clinton has a projected 38 electoral votes.

Fifty-one percent of the votes are in for Ohio, Florida, Georgia, and Virginia. However, the numbers are too close to call.

11:30 p.m. Update: Trump is the projected winner of Florida, Ohio, and Georgia, among the eight battleground states. Clinton is predicted to win Colorado, however, Nevada and Pennsylvania are still too close to predict. The electoral votes stand at Trump, 244, and Clinton, 209.

1:40 a.m. Update: Trump has taken Pennsylvania. This brings him up to 264 electoral votes and Clinton has 215.

Guardian Liberty Voice will continue to provide updates throughout the election.