Throughout the presidential campaign of 2016, there were many things said that were not truthful by President-elect Donald J. Trump, through his Twitter account. However, many people may disbelieve the fact checking of the media, due to claims from the Trump campaign that it is false news. Many believe his aggressive tweets are a threat to national security. In response, The Washington Post has launched an extension for Google Chrome and Firefox users to fact check the President-elect’s tweets called “RealDonaldContext.”

Trump has used his Twitter account in a way no other candidate or president has dared to before, tweeting about everything and anyone from late night comedians to foreign diplomacy. Unfortunately, for the American people he has not always been accurate and has misled many of his supporters.

As the president-elect, he had had over 17 million followers, and it only takes one inaccurate tweet to escalate into fake news. According to Jeet Heer, a New Republic writer, the inaccuracy of the aggressive posts on Trump’s Twitter account could possibly start a war. Given the number of lies spread from the incoming administration, the “RealDonaldContext” Google Chrome extension is a necessity to distinguish between the fact and fiction of his tweets.

In order to address the validity of Trump’s words on the social media giant, which he uses to dictate a 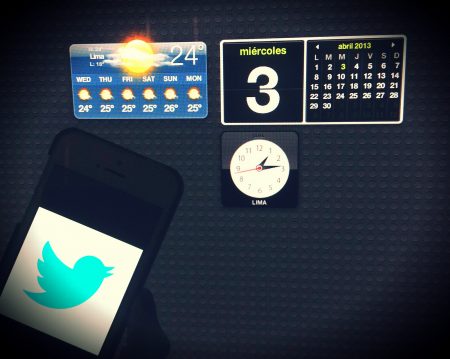 fake reality to the country, it is important to verify the real estate mogul’s posts. It only takes one inaccurate tweet to lead the U.S. into dangerous waters and start a war, once the president-elect is sworn into power. The new tool for Google Chrome and Firefox is still in the beginning phases, and it can take a few minutes to update each tweet. Overall, the plan is to add more accurate content about his posts.

Here is an example of how misinformation can cause potential misunderstanding; on Aug. 11, 1984, Ronald Reagan, while doing a sound check for his radio broadcast, made a seemingly harmless joke about Russia being outlawed and announcing the bombing will begin in five minutes. The tape was leaked. Even though Americans had mixed opinions about his comments, Reagan’s approval rating dropped dramatically. It is not known for sure what Russia’s initial reaction was, but it was at a time when tensions were high between the two countries.

To avoid similar situations the ultimate goal of the new Chrome and Foxfire extensions is to provide some background into Trump’s tweets when needed. When he posts an incorrect statement, a message will be posted below his tweets, in a gray box from The Washington Post, stating it is false and provide the correct information. This Google Chrome extension is not foolproof, but it does give his readers accurate information without having to do the research themselves. However, The Washington Post suggests that it is always a good idea to research anything posted online.

A good example of how this works is Trump’s tweet that stated the leader of the Democratic National Committee unfairly gave Hillary Clinton the debate questions in advance. Directly below his tweet was the box from The Washington Post with more information. The correction indicated that it was actually CNN’s Donna Brazile who sent questions to the campaign in advance. The debate in question was a Democratic town hall meeting.

Another good example; Trump’s tweet claiming he won the electoral college vote by an avalanche and millions illegally voted for Clinton. However, there was absolutely no evidence of a significant number of illegal votes, much less a seven-figure ratio. Moreover, the 2016 election was ranked 46 out of 58 presidential elections. It was not the biggest electoral win ever.

There are times when the president’s tweets need more information, like when he tweeted about Rex Tillerson being chosen for the secretary of state. The Washington Post does ask for patience for the fact-checkers to do their job, as it can be time-consuming to find the correct information.

Trump has been caught on tape making false statements, and many untrue or exaggerated statements have come from his Twitter account. Hence the need for the fact-checking extension on Google and Firefox, especially before national security is threatened. If this works as well as expected, it will make it easier for the truth to come out.