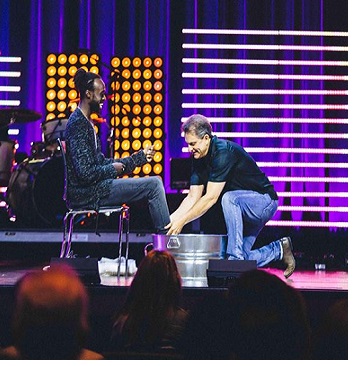 Pastor Dennis Rouse of Victory World Church in Norcross, GA slams “Make America Great Again” slogan and exposes racism in the country. He believes it is the job of the church to heal the racial divide, not just in America, but also around the world. Many Caucasians sincerely imagine that they live in a country that is, for the most part, a land of equal opportunity that is mostly free of racism. Rouse’s message of hope and healing for a racially charged country will bring some to tears, and offend others. However, it should make all Americans reconsider their perspectives on racism and reevaluate their own level of prejudice.

Jesus died in order to tear down the walls of hostility that have separated his body. Often when discussing the obstacles surrounding church and racism, Caucasians do not seem to get it. Many believe the idea of racism is outdated and if you simply announce to the world that you believe in the equality of all people that is enough. In the church, the prevailing mentality is that God wants his church to be multicultural and he will make it happen. This attitude helps Christians remain ignorant to the systemic and very structured dimension of racism and how it affects minority believers who attempt to join their congregations.

Pastor Rouse admitted that his Caucasian race has a hard time understanding this crisis in America. He described the environmental applause when the slogan, “Make America Great Again” first surfaced, and said most of the cheers came from his race. To clarify his point, the pastor invited a young African-American male onto the stage; after having him take a seat, Rouse said:

When was there a season or time in the last 240 years that America was great for them? In the beginning of our nation, the 1700s, we brought a lot of people like this black man from Africa by the millions. History tells us that millions of black people died in that transition.

Rouse called this one of the greatest atrocities of one race in all of human history. He acknowledged the tragedy of the well-publicized Holocaust but admitted the crisis of racism surrounding black America receives much less advertisement. He explained the reason for the lack of acknowledgment as follows:

…because my race does not want to feel guilty. I am not saying you should feel guilty because YOU did not do that, but your race did.

The preacher slams the “Make America Great Again” slogan and exposed racism, not just for black America but also for all minorities. He referenced the Native Americans, Mexicans, and Asians. When was America great for these minorities when the country harassed them out of fear? Although they had become citizens, the country feared they would turn against them and put them in camps and abused them. He paused and asked his listeners “Was that great?” Then he said:

The only people who could say America was great would be my people. America was great for us. We had a lot of folks like this young man (referencing the young black male on the stage) serving us for the last couple of hundred years. Now over the last few years, some of those people are rising up. They have had enough. Movements are starting and different things are happening in the nation that screams, “Hey we matter too!” White America is getting scared and now are uncomfortable because “this nation is not like it used to be.

Through a heartfelt message, Pastor Rouse slams the “Make America Great Again” slogan and exposes racism. As he began to wash the young man’s feet, he said, “in order to make America great, this slogan must be filtered through the eyes of Jesus and not just the Caucasian race.” Jesus committed no sin but became sin so that he could identify and understand the burden of humanity and ultimately become the answer that humans needed. He was touched with 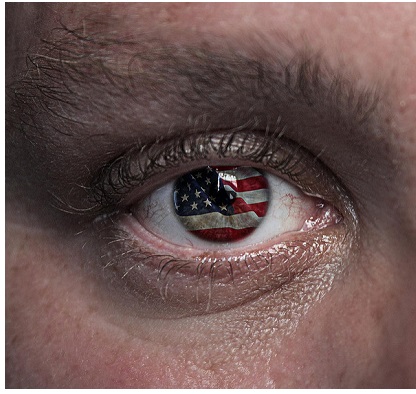 the feelings of infirmities so that he could identify with pain and agony and become passionate about healing.

If this country is going to experience healing, it needs people willing to adopt the mentality of Christ and become bothered by things that affect others, not like them. More importantly, if the church seeks to manifest the beauty and wonder of God’s diverse humanity in a significant manner; it must reach out and cross ethnic and cultural lines. This will not only challenge paradigms but also enrich lives and expand the worldview of Christians across the globe.

The racial divide in America and all around the world needs healing. This 10-minute clip may move many to tears, inspire some, or even offend others. If viewed with an open heart and mind it will cause viewers to evaluate their own level of prejudice, if any exists, and consider their perspectives on race relations. Nothing is as simple as it seems. Take the time to watch this all the way through.

The church must contribute to healing the country. Thank you, Pastor Dennis Rouse, for your spirit of grace and humility while sharing such a powerful message of unity and exposing racism in the slogan, “Make America Great Again.”