The Bert and Ernie Controversy

By Cherese Jackson on September 20, 2018Comments Off on The Bert and Ernie Controversy 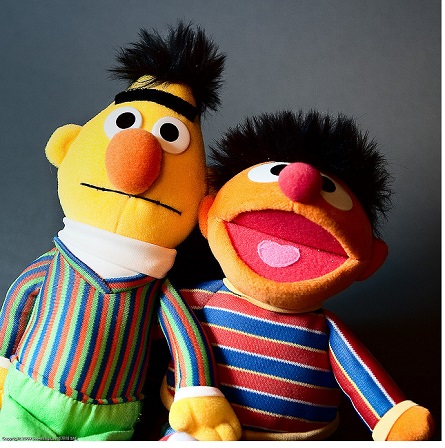 Emmy Award-winning “Sesame Street” is now in the middle of a Bert and Ernie controversy. A former writer for the series, Mark Saltzman, recently announced that two of the show’s iconic characters, Bert and Ernie, were written as a gay couple. The relationship reflected his own same-sex relationship, according to Saltzman, who began writing for the show in 1984. Bert and Ernie shared a basement apartment at “123 Sesame Street,” since the show’s beginning and have been longtime gay icons for the LGBT community. “Sesame Street” is a staple educational television show for children and has been seen by millions of children worldwide.

New York LGBT Network President and CEO David Kilmnick has said that a coming out party for the “Sesame Street” stars is long overdue. These two main characters being part of the LGBT community will help children discover who they are, and further, enable parents to speak openly with their children about LGBT causes at a young age. He added:

Bert and Ernie are icons of the LGBT community and this announcement warrants a long-overdue ‘Coming Out’ Party. These two characters are known throughout the world as children’s icons and will help parents discuss the LGBT community with children at a young age, all the while allowing children to express themselves freely. LGBT Advocates everywhere see this as a terrific step in the right direction for inclusion everywhere, teaching kids that they may feel welcome and safe everywhere – including on Sesame Street.

The Bert and Ernie controversy has sparked heated online debate with people offering support and disdain. For nearly half a century, children have tuned in to “Sesame Street” to laugh, play and learn. Generations of people are familiar with Bert and Ernie — the roommates on the long-running children’s series. They know that Bert is neat and serious and that jokester Ernie loves his yellow rubber ducky. But what has been less clear, and frequently discussed over the years, is the nature of their relationship: Are they friends, or are they a couple?

This, of course, has some asking why it even matters. There is much more to a human being than just being homo or heterosexual. If they are gay would it change the lessons the beloved series has taught children for more than five decades? They were created to teach preschoolers that people can be good friends with those who are different from themselves; despite the “presumed” sexual orientation, the message rings true. 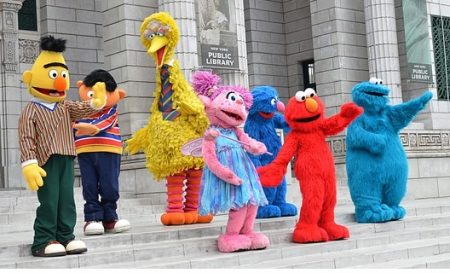 One of the hallmarks of “Sesame Street” has been its ability to maintain its relevance despite being on the air for almost 50 years. It has changed with the times, to bring in the news of the day and break it down in a way that children could understand. Whether they were tackling huge issues or some more nuanced aspect of everyday life, the puppets have been a great teaching tool. Children learn about their world through those puppets, which is why it’s so important that the residents of “Sesame Street” reflect the culture and time period. Saltzman’s addressed the controversy with a pair of statements, one which reads:

Sesame Street has always stood for inclusion and acceptance. It is a place where people of all cultures and backgrounds are welcome. Bert and Ernie were created to be best friends and to teach young children that people can get along with those who are very different from themselves.

What is most disappointing about the entire controversy is the lack of stamina people place on children. Children can handle it, especially when it is presented as nothing out of the ordinary. Today’s children are exposed to more than times past. Whether or not parents agree with the theory of “inclusion and acceptance” it is important that their children are exposed to these issues because anything less would be irresponsible. The world has shifted and the up-and-coming generation must be able to navigate their current reality even if they choose to govern their personal lives by different standards and boundaries.

The Bert and Ernie controversy is nothing more than a learning experience. These characters offer a perfect way to start a conversation about different kinds of families, diversity, and acceptance. There is enough chaos in the world without complicating one of the longest-running, informative and entertaining television series that has educated children for decades.