By Jeanette Smith on September 7, 2018Comments Off on Women Will Play Decisive Roles in Midterm Elections 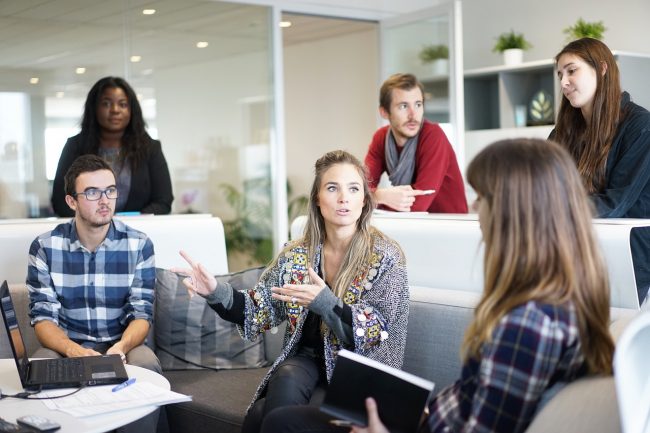 Well-off suburban Republicans and women will play decisive roles in countering the loyalists of President Donald Trump in the midterm elections, according to Ipsos pollsters.

The Ipsos pollsters are equipped with new tools to face their first test after Trump’s shocking victory in 2016. Election forecasters had predicted the presidential win for Hillary Clinton.

This time, to obtain a more comprehensive view of a complex electorate, Ipsos is combining three sources of information: expert analysis for the University of Virginia, traditional polls, and trends in social media. This is available in a new tool that is free online. It was presented in Washington on Tuesday, Aug. 28, 2018.

Cliff Young, president of Ipsos Public Affairs, told AFP that the new tool came out of their experience with the 2016 elections. “The market writ large got the elections wrong.”

There has been a debate over how so many polling organizations missed the mark in 2016. From Ipsos’ point-of-view, it was because in general, the market depended on just polls, according to Young. Clinton was overstated slightly in crucial swing states, and the polls underestimated individuals from rural communities who were white and under-educated.

Ipsos will be tracking the Nov. 6 races using the new tool. They will be polling 10,000 likely voters a week, analyzing the assessments of 12 political science professors, and screening 5.5 million mentions on social media a day for more than 400 races.

In November, there will be 435 seats in the House of Representatives and 35 seats in the Senate at stake. Currently, Congress is under Republican control. There are 36 governorships and a number of state and local seats are up for new leadership.

Thus far, many signs point toward the Democrats taking back the House, although the electoral map is tougher for the Senate. Young states that all methods suggest that there will be a blue wave, it is just a matter of how strong that wave will be for the Democrats.

Some question the prediction of the president’s red wave. However, Young believes the red wave is “fantastical.” He emphasizes that the party that has power in the White House tends to shed seats in Congress during midterm elections.

According to Young, there are three demographic groups that will play pivotal roles. Women who are put off by scandal-plagued Trump will be important in determining the outcomes of the 2018 elections. “There is a huge differential in terms of support for women between Trump and the Democrats.”

Additionally, middle-and upper middle-class voters in the suburbs will require close scrutiny. Traditionally, these are Republican strongholds. Voters prefer lower taxes and pro-business policies. They have become turned off by the way the president conducts himself and may choose to sit out of the November election, Young stated.

Ignoring Trump’s core supporters could be a mistake. The president currently has an 80 percent popularity rating among Republicans.

Minority voters who lean Democratic do not mobilize strong during midterm elections. However, Young is not sure about this year. He contends that traditional political patterns are jolted and have been since Trump was elected.

Ipsos is using complex algorithms to analyze conversational trends in social media. This should help to provide better insight to understanding key issues for voters in 2018, according to Young.

Three topics, aside from the overarching figure of the president, that are at the forefront include immigration, health care, and jobs.

Ipsos is aware of the Russian interference in the 2016 presidential election as well as the fake news spread on social media. They are carefully detecting and dismissing automated accounts; some of them are from overseas and have multiplied in the political realm.

Young and Ipsos are concerned only about the true human conversation.

Where Does President Trump Stand Among Women?

Trump publicly disgraced Omarosa Manugault-Newman, his former aide, by referring to her as a “dog.” His volatile and belligerent-style behavior was once again exposed to the American community. This attitude could damage Republican candidates running for office in the November midterm elections. It is unclear, at this time, how far the backlash among women will extend, especially among those who supported him and were key proponents in Trump’s victory.

The turbulent presidency has widened every political divide in America: religion, race, geography, generation, education, and gender. These contrasts are a dark cloud over the midterm elections coming in November.

The Political Divide in the Midterm Elections

Democrats believe their best House opportunities are in white-collar suburban communities that surround major metropolitan areas. These communities tend to be younger and more diverse racially and religiously.

Republicans are preparing to build a firewall in districts that are beyond urban centers that are mostly white, more blue-collar, older, and uniformly more Christian.

Gender has become the wild card. Women and men have diverged in their reactions to Trump in practically every category. Throughout August, the Gallup tracking poll showed that Trump has a higher approval rating among men. This is true among whites, African-Americans, Hispanics, other racial groups, and those with and without a college degree, according to Gallup.

This week, the national Quinnipiac University poll stated that white and minority men with and without a college education are more likely to like the president’s policies than women. Additionally, last month’s poll by NPR/PBS NewsHour/Marist University showed that men in all three categories were willing to say they were proud of the president’s behavior. Women were more likely to say they were embarrassed by Trump’s behavior.

According to The Atlantic, this is a common trend. Republicans are threatened by the gender gap, which can hide as much as it reveals.

The Role of Women in the Midterm Elections

This is true. The president is exposing the GOP to the “dangers of unusually high mobilization and margins among African-American women.” Moreover, Trump runs the risk of “consolidating an historic realignment toward the Democrats among college-educated white women, many of whom have viscerally recoiled from his behavior and language.”

The polls send mixed messages on whether Democrats can expect substantial advancement among the third largest group of women voters: white females without a college degree. Gaining ground with these women will be a critical piece to creating a secure path to a Democratic House majority, which would open opportunities in districts beyond where Republicans are most vulnerable.

A key reason for the Republican vulnerability in the metropolitan areas is due to the sharp reaction from African-American and college-educated white women to Trump. According to exit polls, Democrats had 91 percent of the black women in the Virginia governor’s race. It was won by Ralph Northam. Democrats in the Alabama Senate race carried 98 percent of African-American women. That race was won by Doug Jones.

Recent polls conducted in Michigan and Wisconsin showed that Trump’s approval rating among non-white women is at 10 percent.

It is possible that college-educated white women could shift even more dramatically. Typically, they lean toward the Democrats by modest margins. In 2016, Hillary Clinton carried 51 percent of college-educated white women against Trump. Democratic House candidates have not had more than 52 percent of their votes since 1992, according to exit polls.

The tides are changing. According to the polls, college-educated white women are ripe for the Democrats. In March, a Quinnipiac poll revealed that three-fourths of these women believed Trump did not respect them. In July, three-fifths of these women stated they thought he was racist. The NPR/PBS NewsHour/Marist poll showed that three-fourths of college-educated white women said the president’s behavior was “embarrassing.” This week’s Quinnipiac poll uncovered that two-thirds of this population did not even like Trump as a person, and more than three-fifths stated they did not like his policies and they do not approve of his job performance.

The Conclusion of the Polls Thus Far

According to the statistics produced by the above surveys, it would only be natural for these women to lean more sharply toward the Democrats in November. For several months the polls have revealed that 60 percent of women prefer Democrats for Congress.

This powerful movement could shift several white-collar suburban districts from Republicans. Moreover, the traditional GOP advantage among college-educated white women is narrowing in multiple surveys. Additionally, Democrats are nominating an historic number of female candidates, according to The Atlantic. This is happening as Trump is pushing women away from the GOP.

Democrats have chosen women to run in 40 percent of the 367 districts, according to the Center for American Women and Politics at Rutgers University. So far, women only represent 13 percent of the Republican nominees.

Democratic pollster Anna Greenberg stated that there could possibly be a permanent partisan shift among college-educated women. In 2006 and 2008, Democrats were able to win seats in the House they should not have been able to win. Later, they reverted back to Republican seats. Greenberg believes that some of the seats won this year will remain Democrat. This is because the margins among women will remain.

Democrats may not be as fortunate when it comes to blue-collar white women. It was this population that was critical to Trump’s presidential win. This is particularly true in the pivotal states across the Rust Belt. Trump was able to expand significantly on Mitt Romney’s 2012 margins among women in Iowa, Michigan, Ohio, Pennsylvania, and Wisconsin. In Michigan, Pennsylvania, and Wisconsin, Trump ran at least 13 points better among blue-collar white women without a college degree than those who had one.

Trump has lost confidence among some of the women he enjoyed favor with in the 2016 election. However, they do not show as much resistance as the women who are college-educated. On a variety of questions, they are closely divided when it comes to the president.

VOA News: Poll: Women, Suburban Republicans Key to US Midterms
The Atlantic: The Women Who Gave Trump the White House Could Tip the Midterms to Democrats