By John Federico on October 22, 2018Comments Off on Jamal Khashoggi Was Likely Targeted for Execution 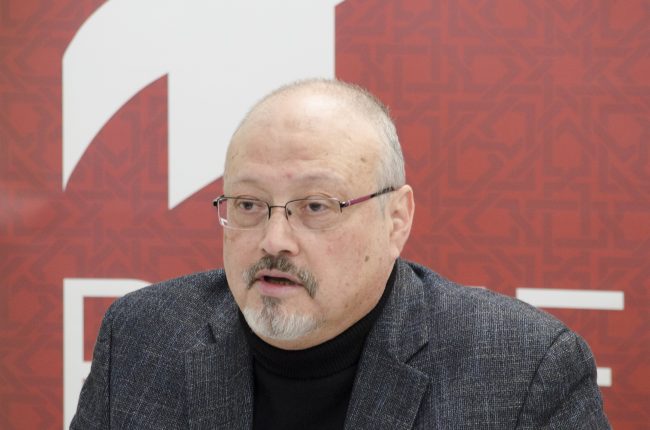 Officials from the American Intelligence Community said they are extremely convinced the Saudi Arabian Crown Prince, Mohammad Bin Salman Al Saud is a suspect of the execution of Jamal Khashoggi. President Donald Trump is optimistic the prince is not responsible and clearly intends to sustain the close relationship with Saudi Arabia.

European and American officials stated that the intel agencies have not been able to find information directly linking the prince to the execution. Intelligence reports indicate they did not discover if Prince Mohammed ordered the journalist’s death or intended to capture him and return him to Saudi Arabia.

Khashoggi was last seen when he “entered the Saudi Consulate in Istanbul on Oct. 2 to gather legal documents ahead of his planned wedding,” according to The New York Times.

Turkish Security Officials said that they believed the journalist was murdered and dismembered inside the consulate. Their claim is backed up by an audio tape said to be a gruesome recording of the event that took place during an interrogation.

Hurriyet Daily News reported that 15 Saudis arrived in Turkey the same day as the reporter’s disappearance in Istanbul. The men arrived in the nation in two private jets from Riyadh, Saudi Arabia.

Later that day, one of the 15 died in a so-called “traffic accident” after his return to Riyadh. He was identified as Mashal Saad al-Bostani, a 31-year old lieutenant in the Royal Saudi Air Force.

Another Turkish newspaper, Yeni Safak, reported very few facts about the accident have emerged. The conservative paper also claimed al-Bostini’s role in the journalist’s murder was not clear.

Hürriyet Daily News reported that Saudi’s Istanbul consul, Mohammed al-Otaibi could be heard on the audio recording of Khashoggi’s death. The Hürriyet journalist postulates al-Otaibi might be the next victim since the Saudi Crown prince “would do anything to get rid of evidence.”

The investigation of the reporter’s disappearance and reported death is still ongoing.

The Washington Post published Khashoggi’s final column entitled, “What the Arab world needs most is free expression.” In his opinion piece, he talked about the 2018 “Freedom in the World Report,” and pointed out that of the four Arab countries three are rated as “partly free” while remaining on the “not free” list, whereas Tunisia is categorized a “free.”

He wrote about the optimism during the Arab Spring 2011, when protesters “expected to be emancipated from the hegemony of their governments and the consistent interventions and censorship of information.”

Finally, he berated the international community for doing so little about the Egyptian government’s seizure of the entire library of Al-Masry Al-Youm, a privately owned daily Egyptian newspaper. He also complained that not enough was being done to free a writer who was unjustly imprisoned.

Karen Attiah, the Post’s Global Opinion Editor said that the newspaper initially held off publishing the piece. They hoped that the journalist that was working abroad would return to the paper so the two could finish it at home. However, she had to accept that he would not be returning, so his article was edited and published.