By Jeanette Smith on November 6, 2018Comments Off on King Zwelithini Unites Cultures at the Diwali Celebration in South Africa 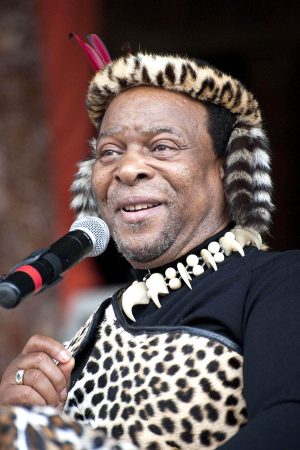 King Zwelithini has called on the nation to unite and accept cultures of different racial groups. King of Amazulu, Goofwill Zwelithini, says hosting the Diwali celebrations at his Osuthu palace at KwaNongoma in northern KwaZulu-Natal should be seen as an attempt to forge unity and love amongst different races.

The monarch hosted the Indian religious celebration Diwali at the palace. More than 200 Indians graced the palace as part of the celebration.

Diwali is a holiest ceremony, mainly celebrated by Hindus and Tamils all over the world.  It is a festival of light, indicating the triumph of light over darkness, good over evil. It falls on the day of “Amavasya” of the new moon in the Hindu month of Kartik. This year, the festival will be celebrated on Nov. 7, 2018.

The celebration begins at the end of harvest season and is associated with wealth and happiness. According to mythology, the celebration is mentioned as Deepapratipadutsava in the seventh century Sanskrit play “Nagananda” where newly married couples were given lamps and gifts in remembrance of Lord Vishnu and goddess Lakshmi’s marriage.

King Zwelithini has called on the nation to unite and accept cultures of different racial groups. He says that friendship of AmaZulu and the Indians dates back many years.

Even during the time of my grandfather King Solomon – he has some Indians who were residing in his palace. So, as the king of all people residing in my kingdom – it was [a] fitting response to my clarion call for meaningful social cohesion. I just want to thank out brothers and sisters for standing with me in promoting our diversity. Being here once again has confirmed what I always stood for, which is respect, acceptance, and social cohesion.