By Cherese Jackson on November 19, 2018Comments Off on Pastor Slammed for Booting Man in Drag…WWJD? [Video] 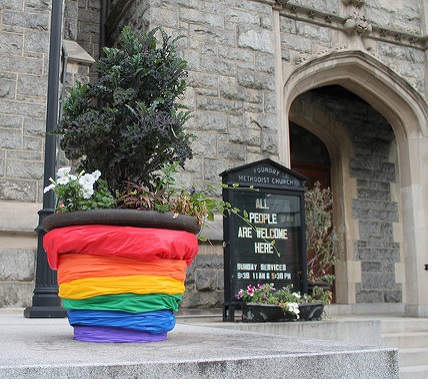 Pastor Antonio Rocquemore of Power House International Ministries in Chicago, Ill, is slammed for publicly rebuking and ultimately booting a male member who came to his church dressed as a woman. Although fellow members of the congregation cheered as the pastor called the “man” out, others from the LGBTQ-inclusion community are speaking out in droves against Rocquemore and the church. After everything is said and done, the question remains, “WWJD (What Would Jesus Do)?”

The pastor does not apologize for dismissing him from his church.  Rocquemore maintains that he did not put the man out because he is gay, instead he was openly rebuked for breaking the church rules. Allegedly, when the young man joined the church, about seven months prior, he agreed to follow the rules of the church. He warned him several times about dressing appropriately for church, yet he came dressed in garments deemed unsuitable by the pastor.

Many Christians argue that a standard must be lifted in church and “God’s House” demands a certain level of respect. Others, like Christian James Lhuillier, said:

In a place that is supposed to be a place of change, a place of deliverance, whatever you want to call it why would you destroy someone in front of a room full of people?

If people who belong to the LGBTQ community walk into a church, how should members respond? Scripture seems to mandate that Christians everyone with love and compassion, accepting them as people who need God’s grace and salvation.

In John chapter eight, a woman caught in the act of adultery was brought to Jesus. As was his custom, Jesus showed compassion to her. When all of her accusers left, Jesus told her, “Then neither do I condemn you. Go now and leave your life of sin” (verse 11 NIV). He did not ignore the sin, however, he refused to add to her humiliation and instead, showed her love.

WWJD? The church should be a sanctuary for all. Transgender people are dealing with many internal issues and confusion, as well as the social rejection and condemnation that affect every aspect of their daily lives from trying to make a living to dealing with family pressures. The “body of Christ” needs to extend the love, compassion, and hope that Christians should embody and demonstrate. 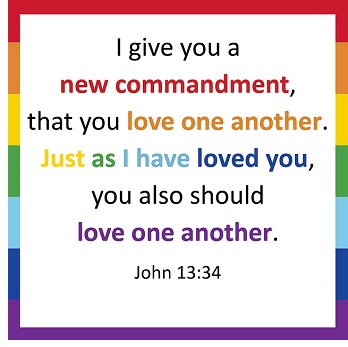 Of course, sin should be challenged, but it does not always require the addition of shame. As Christians, many are mean neighbors, grumpy employees, and rude consumers who often act very entitled. Even today, as heated as the political climate has been, some would rather fight political wars instead of loving people compassionately.

Truth is, many view the LGBTQ community as enemies. After all, they have been ostracized like modern day lepers. However, Jesus was always on the wrong side of popular religious opinion. He alienated the “righteous” because of his proximity to the broken. He was the “friend of sinners.” He broke taboos spiritual, racial, and social. Two thousand years later, the church rarely comes close to being as radical as Jesus was.

During this time, the Pharisees were committed to upholding the law with heartless precision, while the Sadducees were dedicated to throwing out anything that was difficult to believe. Just like today, they were religious conservatives and liberals. Conservatives make their protective stand on the high hill of morality but, far too often, dodge the difficult responsibility of actually loving their neighbors.

Both sides push people further away from the God they have heard about and read in the Bible. One side erects an idol of purely tolerant love, while the other preaches a righteous but wrathful deity that no one really could love. Somehow, Jesus glided skillfully between these extremes. He threw no barriers in people’s way, nor did he compromise God’s holiness. No, it is not easy to understand, to preach, or to live but it answers the question, WWJD.

The church has always struggled to understand and apply God’s grace. Many Christians still think that it enables people to get away with murder, rather than transforming from the inside out. They fear that grace means the “lowering of standards.” Although God has never changed his definition of sin, most lives will not be “perfected” on this side of Heaven.

As it is with all others, members of the LGBTQ-inclusion community come with a lot of baggage and their transformation takes time and patience. However, the message of good news is the same for everyone. Jesus Christ lived in the midst of his enemies. His love cannot thrive in the seclusion of a cloistered life but in the thick of foes and others who are not like him.

It seems today some churches take pride in a superficial purity. But at what cost? Many people have lived with years of rejection and unimaginable pain. While some are “working out their salvation” perhaps they may not be given a platform to shine nor hold a particular office of leadership. That view is understandable because it can be a difficult challenge for pastors to navigate.  However, unconditional love can heal the hurts they have experienced and point the way to following Jesus in spirit and in truth.

Pastor Antonio Rocquemore came under fire for the way he handled a male member dressed in drag. Should the pastor have been slammed for his conviction of “lifting a standard?” Maybe not, but without question, he should search out other methods that mirror a better representation of love and grace.

Christian Post: Pastor under fire for booting male member who dressed like a woman for church service
Believe Out Loud: Christianity And LGBT Equality
The Conversation: ‘Welcoming, but not affirming’: being gay and Christian