Grover Dropped the F-Bomb on Sesame Street or Did He? 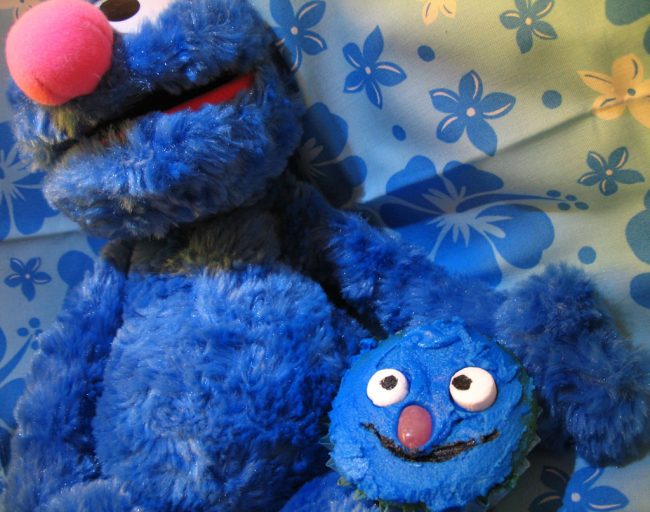 Remember in 2015 when the question of the day was is the dress blue or gold? Well in 2018 the question is did Grover drop the F-bomb?

A Reddit reader posted the questionable video on the site and immediately the debate began.

In the clip, the lovable blue muppet is talking to another muppet named Rosetta. They are making a cellphone video. Grover says:

But a few viewers believe he is actually saying:

The Twitter was buzzing about the incident.  This was bigger than Yanni vs. Laurel.

Rob Marmet @RobMarmet whose profile says he is a Muppet Fan stated
@RobMarmet I hear him swearing. I don’t believe he actually swore. I’m confused and will need some time with my thoughts as I try to figure this out.

Evan Edinger @EvanEdinger Just saw this on Reddit and it blew my mind. Is Grover saying “yes, yes, that’s a f**king excellent idea” or “yes, yes that sounds like an excellent idea. I can hear both depending on which one I’m thinking in my head!”

Grover first appeared on “The Ed Sullivan Show” as a prototype Christmas Eve, 1967.  At that time, he was known as Gleep. Gleep worked in Santa’s workshop. He made a cameo as the Rock and Roll Monster in the 1969 Sesame Street Pitch Reel.

On an episode of  “The Ed Sullivan Show” on May 31, 1970, the character that fans all know and love first appeared. It was not until the second season of Sesame Street that Grover became a series regular.

5 Responses to "Grover Dropped the F-Bomb on Sesame Street or Did He?"