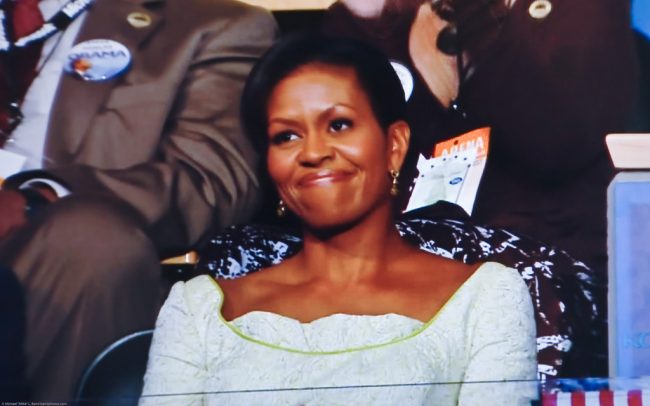 A new Gallup Poll was just released for the most admired woman in America for 2018. For the past 17 years, Hillary Clinton was Queen. This year was different. Stealing the title was former First Lady Michelle Obama.

Since 1946, with the exception of 1776, the Gallup Poll has asked random people to “name any man or woman who is alive today whom they admire the most.” The person can be anywhere in the world. Between December 3-12, 1,025 Americans were interviewed by phone.

Fifteen percent named Obama who is presently on a worldwide tour, selling out stadiums and theaters promoting her best selling book “Becoming,” which hit the shelves on Nov. 13, 2018. The book sold over 2 million copies in North America alone in the first 15 days of its release.

Presently in its sixth printing, in the United States and Canada, the book has sold an astonishing  3-4 million copies. “Becoming” became the best selling book of 2018 and was published in 31 different languages. Showing no signs of slowing down the book became a No. 1 best seller in the U.K., France, Italy, Germany, Spain, Holland, Denmark, Norway, Finland, and Greece.

Another woman on the poll was Oprah Winfrey who came in second with 5 percent of the votes. Winfrey has come in second on 14 occasions, but she never hit number one.

The former Secretary of State tied with Melania Trump taking the third and fourth spot scoring 4 percent. Rounding out the list was Queen Elizabeth and German Counselor Angela Merkel, each garnering 2 percent. Ellen DeGeneres came in last at 1 percent.

Both Winfrey and Clinton have appeared in the poll numerous times; 31 and 27 years respectively.

The year 2018 marks the 13th time an incumbent president, Donald Trump, did not hit number one on the poll. If Trump does not hit the top spot during his presidency he and Gerald Ford will be the only presidents who were not chosen the most admired male while in the White House.

Two men who were regularly on the list who passed away in 2018 were noticeably absent, Senator John McCain and Reverend Billy Graham. The Gallup Poll has a margin of error of plus or minus for percentage points.