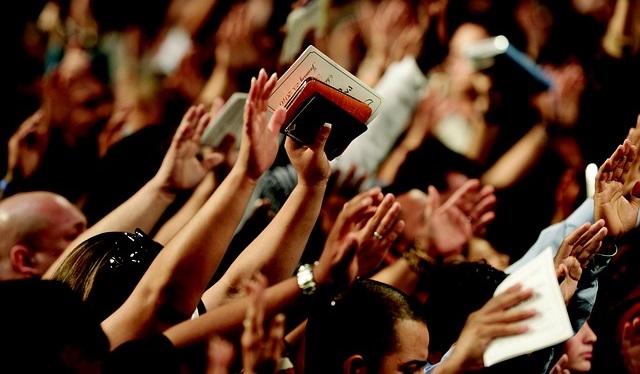 As American churches and other religious communities find themselves with declining membership and attendance, statistics suggest that a new religion, the political cult, has taken their place. Instead of a cry for justice backed by a love that always wins, Christianity in western culture has fueled the rise of political extremism.

Religion, which has somehow drafted a negative connotation among many evangelicals who scream, “Relationship not religion,” has always provided people with “a way of living” or meaning for life. Truth is, religion opens the door for a relationship with God to be established. This need for meaning has not gone away, but without Christianity, it looks to politics for satisfaction. This yearning often unveils itself in a series of religious impulses. However, once rooted in and tamed by Christianity, have now found expression in various political cults.

Unfortunately, these political cults are filling the space left by the decline of organized religion. Andrew Sullivan, an author, and columnist calls these cults “new and crude.” He argues that they lack experience and refinement. Sullivan explained it as follows:

Truth is, liberal democracy has always depended on the complement of a tolerant Christianity to sustain itself. Instead, warns Sullivan, “These political sects threaten liberal democracy because of their rejection of compromise, doubt, reason, and the “primacy of the individual.”

Mainstream Christianity looks nothing like Jesus. The current presidential orders, which will refuse help to many of the world’s most vulnerable individuals, are what many Christians voted for. This is the fruit of their political labor, but it is not the Fruit of the Spirit. In fact, love, joy, peace, happiness, and self-control are notably absent from the current administration. Yet, many have professed unwavering support. 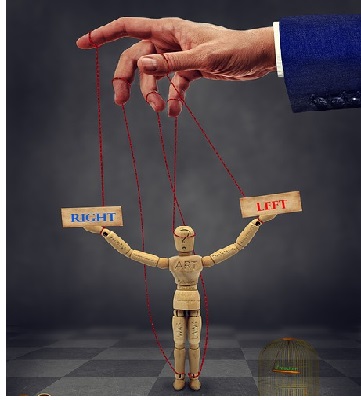 The gospel of Jesus has been traded in for a narrative of fear. Nevertheless, it is erroneous to believe that the collapse of Christianity in America has led to a decline in religion. Contrariwise, it has merely steered followers to religious impulses being expressed by political cults. Like most new cultish impulses, they see no boundary between politics and their religion. These political cults do not believe in the primacy of the individual, they believe the end justifies the means. There is no room for doubt or reason, and their religious politics tolerates no compromise.

The Public Religion Research Institute (PRRI) conducted a recent poll which suggests white evangelical approval of President Trump at a whopping 75 percent. The Bible mandates that Christians honor and pray for leadership, however, if these numbers do not point to a moral enigma for “believers” there is a bigger problem than most realize.

However, it – undoubtedly – speaks volumes about why Americans, especially today’s youth, have joined the ranks of no religious affiliation. Although they may believe in some sort of spiritual power, they tend to dismiss the idea of God as described in the Bible. This state of moral bankruptcy epitomizes what has gone wrong with American religion.

To evangelicals, pissing off liberals and defending unpopular opinions makes Trump appear more like one of them. However, this attitude has driven many away from once full auditoriums of “worshippers.” Political cults continue to fill the space left by the decline of organized religion. Martin Luther King Jr. once lamented:

It is appalling that the most segregated hour of Christian America is 11 o’clock on Sunday morning.

Even now, historically black denominations exist on parallel tracks with almost exclusively white churches, with little or no changes to their racial makeup. The overwhelming whiteness of the Republican Party has seen Democrats “following the trends, and becoming more diverse.” Democrats are heavily favored by black and Hispanic Americans, including Hispanic Catholics, by young people, and by the growing number of religiously unaffiliated Americans.

Trump has had no problem arousing hatred from “people” while creating what appears to some like an imploding presidency. Yet, many still revere him as a heroic martyr against liberalism.

Structures and institutions are sinful when they perpetuate inequality and injustice. Jesus stood on the side of the powerless. Those under the yoke of Pharaoh found God’s favor. If Christianity does not challenge the status quo and recover its prophetic edge, it will become an “irrelevant social club.”

Some who have turned their back on organized religion have found themselves drifting through life on materialism only to find they have few inner resources to keep going when a crisis occurs. They have no place of refuge, no spiritual safety net from which to gain perspective and no God to turn to. Unfortunately, a number of people have instead responded to the collapse of meaning in dark times by numbing themselves to death – literally and spiritually.

The church should be a place where people can come and worship God and be empowered to navigate the tightrope of unity in diversity. It seems Christianity can search everywhere except in the mirror to understand its current state and impact on the community.  Christians it is time to stand up and really consider the question that has often been regulated to a useless cliché, “What would Jesus do?”