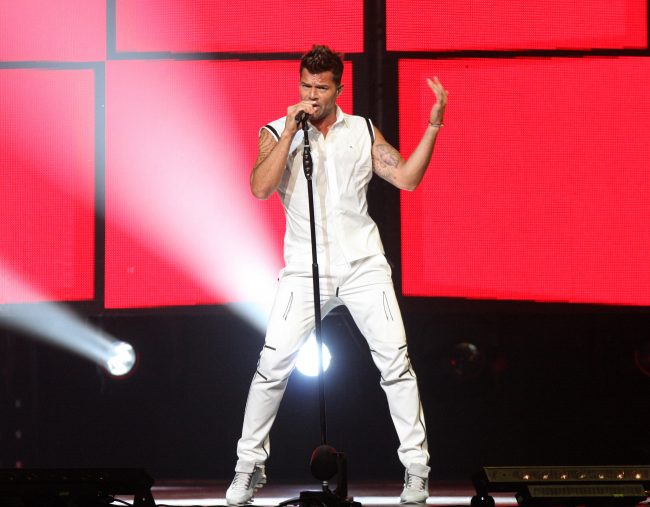 On the last day of 2018, the “La Vida Loca” singer and his husband  Jwan Yosef announced to the world that they have become parents and have welcomed a new daughter into their family named Lucia Martin-Yosef.

34-year-old Yosef posted that they are happy to announce that they have become parents to a healthy, beautiful girl. It is a special time and they can’t wait to see what the future holds for the baby. Both her brothers and Ricky are in love with her. He posted a picture of Lucia who was wearing a onesie that was rose-colored holding the hand of one of her father.

Martin shared the image on his Instagram and he told the news of his new arrival to those who follow him. He stated in Spanish that he and Yousef are happy to announce that they have become parents to a beautiful baby girl. This will be a wonderful New Year and Christmas celebration. Lucia’s brothers and I are in love with the baby and thankful to be able to begin 2019 with the greatest gift we can have. The gift of a new life.

The Grammy Winner is also father to Matteo and Valentine who are twins who are 9-years-old.

In an interview with Out Magazine, the singer told the publication that when his children ask why do they have two daddies he answers them that they are a modern family.

A year ago Martin announced that he and Yosef got married secretly. At the time Martin told E! News that they had exchanged wedding vows, filled out a prenup and filled out all the paperwork. He said he felt amazing about everything.

Martin met Yosef who is a visual artist and painter on Instagram. They started dating in 2016 and he announced on The Ellen DeGeneres Show that he asked Yosef to marry him in November 2016 and Yousef said yes.