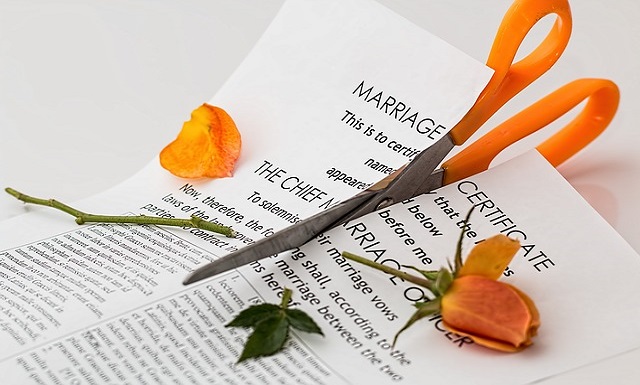 On what should have been one of the biggest days of a couple’s life, no one would have expected what happened at the altar.  The bride reads fiancé’s cheat texts instead of personal vows at their wedding. This is the day that many girls dream about. It is called “the big day” for a reason, two people promising to share their lives for “as long as they live.” Marriage does not come without challenges, but, the actual wedding day usually results in pure bliss.

This, however, was not the case for one couple. The bride-to-be was super excited on the morning of her long-awaited special day. She was in a beautiful hotel room near the wedding location with some of her best friends. Looking forward to the honeymoon destination and other post-wedding plans, the hopeful bride could not be happier.

Without warning her phone began to go off as several texts came through from an unknown number. Already filled with fear, mixed with anxiety and excitement, for this major life change, the bride left her friends and headed for the bathroom. She was heartbroken as the screenshots of X-rated messages that her fiancé had “allegedly” been exchanging with the sender for months continued to flood her inbox.

There was no questioning the legitimacy of these messages. Confused, angry and hurt, the bride-to-be wiped her tears as she prepared for the start of the “forever” ceremony. Six years of what appeared to be a solid relationship changed at that moment. With all of the family and friends that had traveled near and far to wish her well, the bride knew she could not call the wedding off. However, she made up her mind that the “show” must go on and she would rewrite the script.

This would not be the ceremony everyone thought they were attending. Instead of quoting her vows, the bride began to read the cheat texts to those in attendance. After taking a huge breath, she exclaimed:

I miss you so much. I can’t stop thinking about L, S, F’ing you. I’ve never had this kind of connection before.

A ripple of shock flooded the room as the crowd sat stunned. After the fiancé regained his composure he stormed out of the church as his family watched with horrified looks.

With tear-filled eyes, the bride-to-be turned to the audience for one final announcement. Standing in what was once her dream dress, she now felt like it had become a costume. However, the former bride-to-be was somewhat relieved that she dodged a possible future with a cheater. She thanked everyone for coming and then declared:

There will be no wedding today. It seems Alex is not who I thought he was. “I love all of you and as horrible as this is, I’m glad you all are here. There will not be a wedding reception today, but instead, there will be a celebration of honesty, finding true love and following your heart even when it hurts.

This bride exacted revenge for her cheating husband-to-be in an epic way. She read his cheating text messages in place of her vows. The wedding day is supposed to be one of the happiest days of a bride’s life.  For this couple, it may not have been a joyful occasion but it was undoubtedly an unforgettable one.  Getting over the six-year relationship has not been easy, but the former bride has moved on with her life.

NewsD: Bride Reads Fiancé’s Affair Text Instead of Vows
Glamour: This Bride Read Her Cheating Fiancé’s Texts at the Altar Instead of Her Vows
News PTY: ‘I read my cheating fiance’s texts instead of vows on my wedding day’