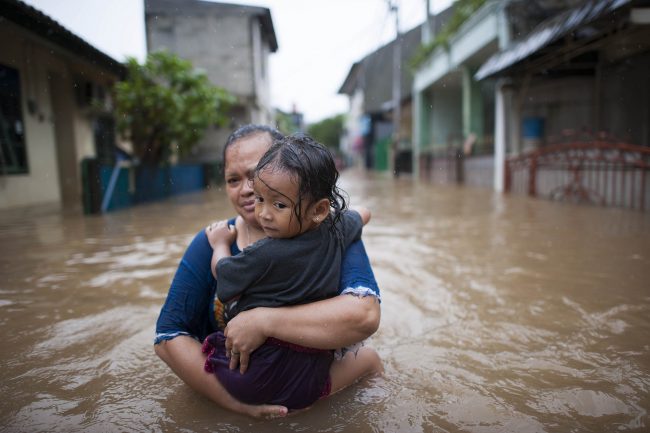 Officials reported on Tuesday that rescuers are busy searching for survivors of a landslide which was triggered by torrential rain in an area damaged by the recent Tsunami.

Mud came down the hills and covered at least 30 houses in Sirnaresmi village which is part of West Java’s Sukabumi district.

According to Sutopo Purwo Nugroho the spokesperson of the National Disaster Mitigation Agency, at least sixty people who have been displaced due to the landslide are now in a shelter.

He also stated that over 500 rescuers retrieved eight dead bodies from the mud and four injured were rescued alive. An infant was rescued and later died at the hospital. At least 34 people have been reported as missing.

Nugroho stated that first responders were having difficulty getting heavy equipment and tractors over the roads which are washed-out and the torrential rain which continues makes search and rescue difficult. He also stated that there was a blackout and he fears that those missing are dead.

Head of the operations division, Made Oka Astawa, at the National Search and Rescue Agency, stated that the six bodies that were recovered were found under 13 feet (4 meters) of mud.

Local television showed hundreds of soldiers, police, and villagers digging through the mud and debris with shovels, hoes and their bare hands.

High tides and seasonal rain recently have kicked up widespread flooding and landslides across of Indonesia. The most recent landslide started during New Year’s Eve.

The Anak Krakatau Volcano erupted and partially collapsed and went into the sea. This caused a tsunami which killed at least 437 people. 16 people continue to be missing and 33,700 people were displaced.

The search and rescue operation was stopped late Tuesday due to the torrential rains and darkness which made continuing hazardous. The rescuers will resume on Wednesday.