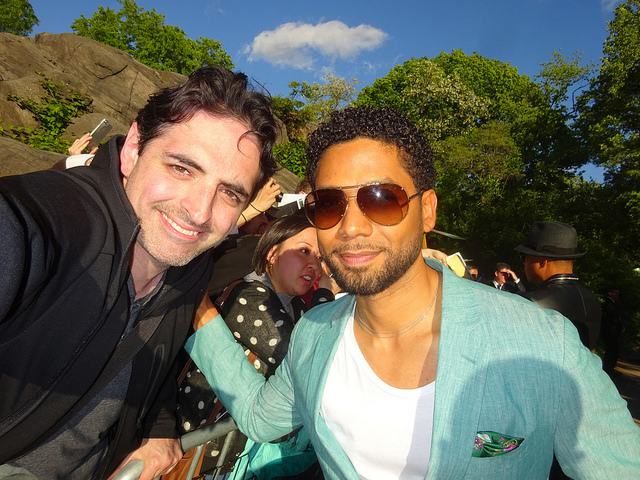 Chicago police spokesperson Anthony Guglielmi has reported law enforcement searched the neighborhood where the alleged attack of actor Jussie Smollett took place. The FBI and over a dozen police detectives have been assigned the case.

Guglielmi said that media had claimed that the alleged attackers shouted: “This is MAGA country.” Smollett did not give this information to the police during the first interview. However, he told detectives in a supplemental interview that it was said.

Police are testing the chemical that Smollett reported the attackers threw on him, and have not confirmed as of yet the substance. They also have not been able to find the container used to hold the liquid.

Chicago police broadened their search to include the Chicago riverfront. They have watched hundreds of hours of video from private surveillance cameras, and cannot find any video that shows the two alleged assailants. The only images police were able to obtain of Smollett was from security cameras outside the Subway Sandwich restaurant, and Smollett was alone.

Guglielmi also mentioned the Chicago Police Department after viewing security cameras in the area were unable to identify the vehicle the alleged assailants used to flee the scene.

Smollett reported in the early morning on Tuesday, Jan. 29, 2019, he arrived in Chicago from New York. Around 2 a.m. CT, he went to a Subway Sandwich shop to get something to eat. As he walked home on East North Lower Water Street, he was allegedly approached by two white men, who were wearing ski masks who yelled: “Aren’t you that f***ot ‘Empire’ n*****?”

Smollet fought the assailants, and they fractured his rib, poured a chemical on him and wrapped a rope around Smollett’s neck. It was also reported allegedly the attackers yelled as the fled the scene: “This is MAGA country.”