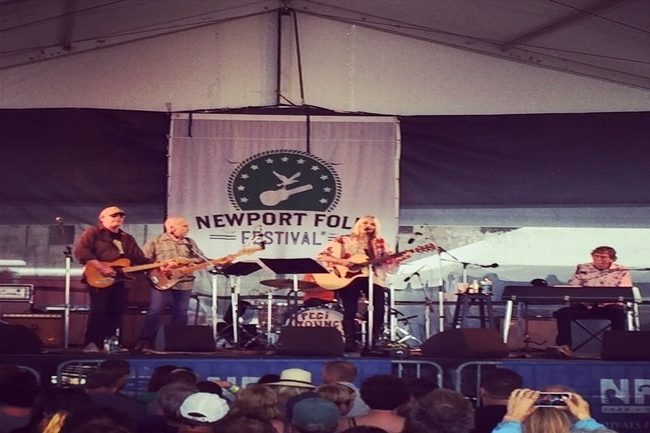 Pegi Young, the ex-wife of Neil Young for 36 years, passed. The singer/songwriter died from Cancer after a year-long battle.  She was 66-years-old.

On her Instagram page there was a message verifying her death. It stated that Young passed away. She was in California surrounded by her family and friends. Privacy was requested for the family.

During the early years of her marriage, Young’s primary role was raising her children, a son named Ben and daughter named Amber. Ben had Cerebral Palsy since birth.

In 1994, she became her husband’s backup singer.  Her first major appearance was when she sang backup for the song “Philadelphia” at the Academy Awards. Six years later, she toured with him on his “Friends and Relatives” tour and remained his backup singer for a decade.

In 2011, she spoke with ‘Soundfacts’ stating that when she started touring with Neil, she was treated like all the others in his entourage. In other words, Neil did not treat her differently or give her special privileges.  He was always in charge of everything that happened and the leader of the band.

Following 2007, she toured and recorded four more albums. In 2018, she told the “Boston Herald” that she believed that her transition into entertainment was a natural progression as he had been singing and writing from a very young age. It was a return to a passion of hers.

In addition to her musical career, she and her husband founded the Bridge School in 1986. She continued to spend extensive time working there.  She founded it to help children like her son who has physical and speech impairments.

From 1986 to 2016 the school held an annual benefit in California to raise money to help the institution.  Major artists such as The Who and David Bowie had participated.

In 2014 she and Neil were divorced.  Pegi spoke with “Rolling Stone” and told them that she never thought that she would get divorced and was shocked.

Pegi Young is survived by her children.