Stormy Daniels Tells Michael Cohen She Is Proud of Him 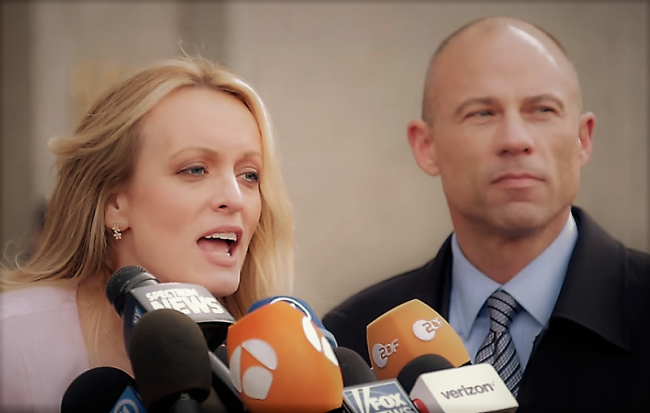 Daniels tweeted on Twitter that she was very proud of Cohen because he was starting to tell people the truth about his actions, and was trying to fix some of the problems he has caused. She also said that she could hear and feel his pain and regretted that he feels he has betrayed his country and family. She said her heart went out to him and his family.

You spoke about how the president and his attorney put you and your family in danger by calling you a  rat and a liar.  I understand your fear, Michael. I  also have a family.  Do you believe now that when you and the president called me a liar as his attorney and you insulted me, threatened you would bankrupt me and put me and my family in danger? I remember the fear you feel now. I still feel it.

Daniels added: Thank you for having the courage, at long last to begin to tell the truth. I hope that someday soon your family and mine can both leave this nightmare behind.

The Cut: Stormy Daniels Thanks Michael Cohen for ‘Telling the Truth About What He Did’