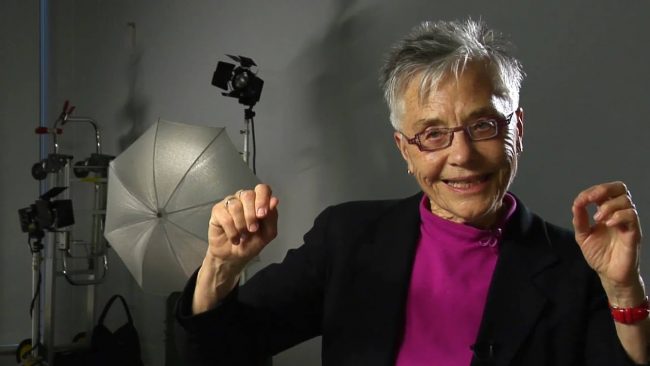 Barbara Hammer, known as a pioneer of lesbian films died on March 17, 2019. Hammer was battling ovarian cancer since 2006. She was 79 years old.

After being diagnosed with cancer, Hammer became an advocate for the right to die, which she hoped to use as herself when all treatment options for her disease have been exhausted.

In Oct. 2018, Hammer performed in New York at the Whitney Museum “The Art Of Dying.” In the piece, she detailed her journey of film-making in times of pain and joy and her desire to die with dignity.

In 1974, Hammer released her breakthrough film “Dyketactics,” an experimental movie which featured over 100 shots superimposed on each other in four minutes.

“Dyketactics” was produced a short time after announcing she was a lesbian, leaving her marriage by riding on a motorcycle with a Super-8 camera attached to it.

The movie depicts a group of women who are in an Edenic Forest nude. The women’s bodies become intertwined while they form a community. Hammer said she was trying to depict in the film, lesbian sex from a lesbian standpoint.

“Dyketactics” was the first film that explored the lesbian reality form a female and queer perspective. The time, the movie was considered revolutionary, as it was filmed at a time when white men primarily produced queer movies.

Hammer directed over 75 feature and short films in her over 40-year-career, starting with the 1968 film “Schizy,”

Named by IndieWire as one of the best 100 films directed by a woman, Hammer’s 1992 film “Nitrate Kisses,” was her first feature movie.

A showcase of Hammer’s work was shown in 2017 at the Leslie-Lohman Museum of Gay and Lesbian Art located in New York. Also that year, Yale University’s Beinecke Rare Book, and Manuscript Library acquired her archives. With the money she received, Hammer founded the Barbara Hammer Lesbian Experimental Filmmaking Grant.

Hammer is survived by Florrie Burke, her spouse of thirty-one years. Burke is a human rights activist.

2 Responses to "Barbara Hammer, Pioneer of Lesbian Films Dies From Ovarian Cancer at 79"