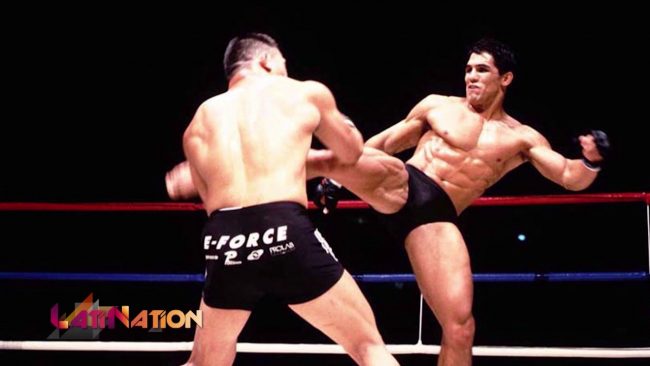 Former UFC fighter 46-year-old Frank Shamrock is being investigated by Dallas police on possible animal cruelty charges after he left his dog at the parking garage at Dallas Airport for four days.

Shamrock said he announced on social media that he needed help taking care of Zelda, his mother’s Labrador mix. When he was unable to find somebody to care for the 7-year old dog, he tied her to the bed in his pickup truck and took a flight to another state.

Shamrock posted “Is there anybody who can take custody of today of a dog in Dallas. My mother has to get rid of her dogs because she cannot take care of them. We are at Dallas Love Field Airport at 4 pm, and our flight takes off at 5 pm.” Shamrock continued by saying that he called shelters and no kills and nobody would take her, and he needed to fly home.

On his Instagram, he later posted about his first ski trip to Aspen, how it snowed and the slopes were fantastic. He included several pictures of him skiing.

Shamrock said that police could charge him with anything they want and he would show up. He said “Nothing could be done. I am an animal lover, but nobody wants an old dog who has a goofy hip.” He also said he said when he left the dog, he was crying.

The witness said on March 4 when they entered the garage, and they noticed the dog tied in the bed of the pickup truck. After they returned from their trip on March 6, they saw Zelda was still in the truck.

Dallas Animal Services (DAS) were notified and issued to Shamrock a city code violation. A Dallas police spokesperson said after investigating, they determined Zelda was left at the garage on March 2.

Dallas Police have said they expect to file a Class A Misdemeanor charge of Cruelty to Non-Livestock Animals.

Zelda was transferred on March 8 to Russell E. Dealey Animal Rescue Center, a division of the SPCA. She remains there. Shamrock has also given up custody of Zelda.