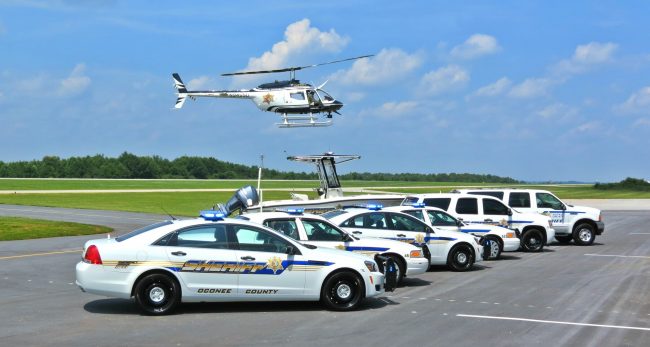 Two Henry County, Georgia police officers were shot on April 4, 2019, and the gunman has barricaded himself with hostages inside a home.

Henry police Capt. Joey Smith stated the two police officers who were males, names were not released were taken in serious condition to Grady Memorial Hospital.

The police officer condition is not considered to be life-threatening.

In four days, three Atlanta police officers have been shot while on the job.

Police received a call at about 10:45 a.m. ET about an “unknown trouble” on April 4. The police responded to a home near Eagle Way, which is in the neighborhood of Eagle Ridge three miles from I-75.

Smith said the police officers arrived at the scene of the crime. When they tried to enter the home, both were shot. Investigators stated that the do not think shots were returned by the officers who were hit. On officer was shot in his hand, and the other was struck in his hip and torso.

The officer who was shot in his hand assisted the other officer from the home and got him to safety.

The offers, who were in their 30s, have been at the department for multiple years. The families have been informed of the shooting.

The barricaded gunman was being talked to by SWAT negotiators. It is believed the hostage is a 16-year-old boy and another individual.