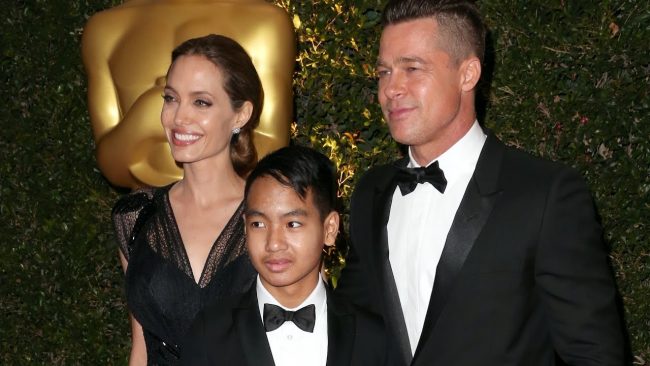 RadarOnline.com is reporting actress Angelina Jolie, who has six children with actor Brad Pitt, has decided to cut out all of her children from her will except son 17-year-old Maddox and leave her net worth of $116 Million to him.

It is reported Jolie has recently filed paperwork to drop her Pitt last name and take back Jolie as her surname. Recently, a judge had declared the couple to be single, despite their divorce not being resolved.

A source told the publication that Pitt is furious over the acts of Jolie. It appeared that the couple reached a compromise in their divorce and Jolie made this move without discussing it with him.

In September 2016, The Department of Children and Family Services of Los Angeles investigated Pitt after a tip was called in saying he attacked Maddox on an airplane flying from France to the United States. The incident hurt his marriage to Jolie and damaged Pitt’s reputation.

The investigation did not reveal any issues, and Pitt was not charged.

The source said Pitt remains angry about the incident and blames Jolie for not telling the world nothing happened and supporting him. He now feels the children are being hurt, and he will not permit that to happen.

The source says Jolie has made arrangements to also put Maddox in charge of her entire movie and production company. His siblings, twins Knox and Vivienne age 10, Shiloh age 12, Zahara age 14, and Pax age 15, will also be cut out.

Jolie Pas, Jolie’s production company since 2014 grossed over $116 million. The company producer “Unbroken” which was Oscar-nominated and “By the Sea” a movie released in 2015 starring Pitt and Jolie. The film was a failure at the box office.

When Maddox was 15 years old, Jolie credited him on her movie “First They Killed My Father” as executive producer.

Pitt sees Jolie’s actions as another way to get back at him a source said. Maddox supported his mother in the divorce.