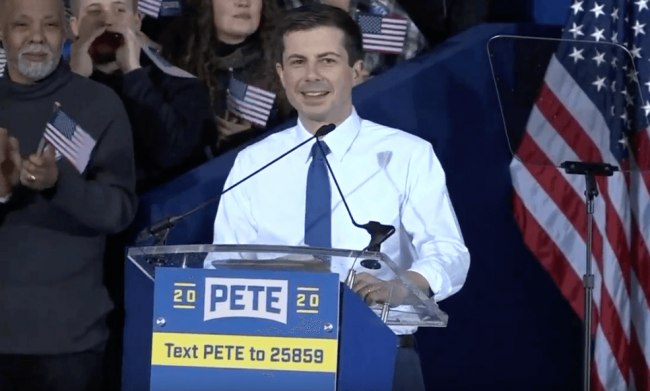 I am with Mayor Pete. There is nobody else whom I see comes close. His ability to come across as honest, authentic, and trustworthy; he can emotionally connect with Americans, are all qualities no other candidate has. I also like the way he frames important issues. Buttigieg is about making progress without using the approach of a flame-thrower.

Many former Obama donors see similarities between Obama and Buttigieg, their fast rise, rhetorical and political skills, and the history-making nature of their political campaigns.

I see in Buttigieg many similarities I saw in Obama in 2006 and 2007, and I see wonderful common sense, intelligence, and dignity fit for the presidency. All of us saw those qualities in Obama when he started. With Buttigieg the more you see him and learn about him, the more one likes him. That was the same with Obama.

In an interview with The Hill, Jacobson said he did not take the Buttigieg campaign seriously when he announced he was starting an exploratory committee.

However, after he saw CNN’s town hall with Buttigieg in March, he said for the campaign it was a “watershed moment.”

Washington insiders were impressed with Buttigieg and gave him rave reviews. It generated a large amount of interest which continues to this day.

Since that time, Buttigieg has risen in public opinion polls. He went from an unknown in tier two of Presidential candidates next to Sen. Kamala Harris (D-Calif.) and former Rep. Beto O’Rourke (D-Texas).

Even before the Obama fundraisers backed him, Buttigieg started to raise money. During the first quarter, he raised $7 million. Twenty-four hours after he launched his campaign he raised $1 million.

Some of the backers of Buttigieg say his fast rise gobsmacks them.

David Friedman, a Colorado businessman who was an Obama-Biden supporter and raised over $1 million for the campaign, said he did not know until recently who Buttigieg was.

Friedman has now jumped on the Buttigieg bandwagon and together with the ambassadors are working to raise money for the campaign.

I did not know until two months ago who Buttigieg was. After I heard him speak and be interviewed, I knew he was the one. He is inspiring. He has fire in his belly. Not only does he appeal to your heart, but he also appeals to your head.