Kerry Lathan Who Was Shot With Nipsey Hussle Released From Jail 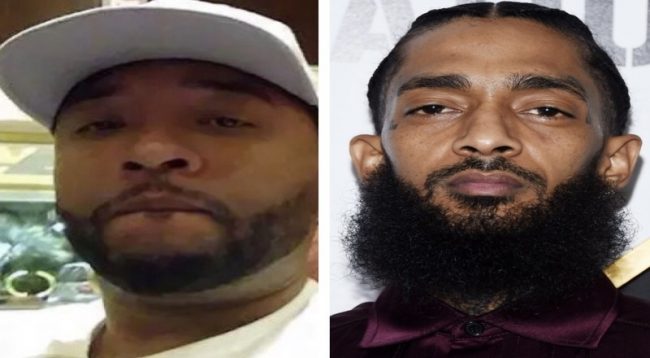 Lathan was one of two men shot on March 31, 2019, along with Nipsey Hussle outside of his clothing store.

Latham was out on parole the time Hussle; a former gang member was shot. Technically, Latham violated his probation by associating with a known gang member or felon.

Hussle was affiliated with a gang in South Los Angeles in the past.

The Department of Corrections arrested for a parole violation, Lathem who went to Hussle’s store asking for help to start fresh in life.

When arrested, Lathem was held in the hospital located in the jail, where he received medical care for the wounds he received during the shooting.

Lathem’s attorney said he was released secretly in the middle of the night.

Lathem’s release was delayed due to his gunshot wound which could have been considered a liability if he did not receive medical care and infection occurred.

CBS: Man Who Was Shot Alongside Nipsey Hussle Released From Jail