Jordan Clarkson Gets a Nipsey Hussle Tattoo From Steve Wiebe 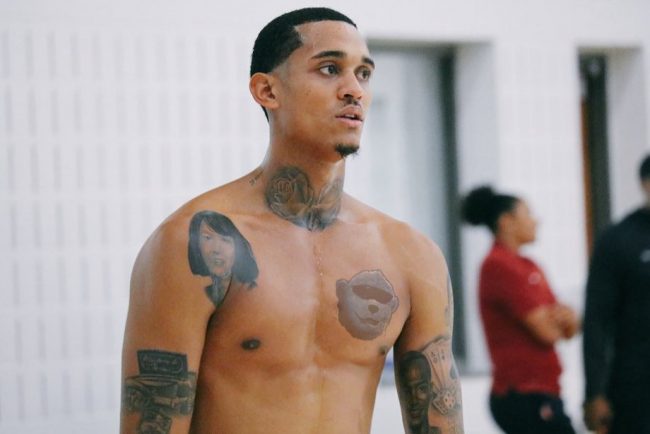 Jordan Clarkson, 26 years old, the Cleveland Cavaliers guard posted on his Instagram account a picture a brand new tattoo he recently got inked on his left arm to honor the late rapper Nipsey Hussle.

Steve Wiebe, tattoo artist to the stars, completed the tattoo. Hussle’s realistic image has the letters “TMC” tattooed under it. This was a tribute to Hussle’s signature slogan, “The Marathon Continues.”

Wiebe also posted on his Instagram photos of the tattoo he had taken. 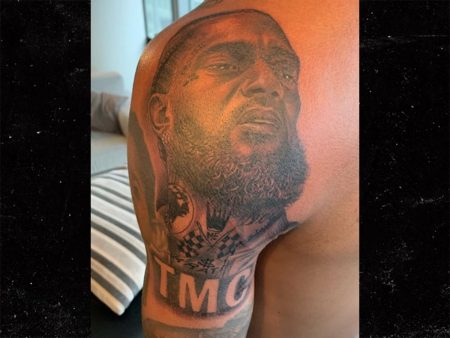 Clarkson tributed emotionally in a Scottsdale, Arizona nightclub Hussle hours after he was shot outside of his clothing store. Clarkson called for a stop to gun and gang violence.

This is not Clarkson’s first tattoo. They almost entirely cover his body. However, since this one was particularly meaningful, he went to Wiebe who is Canadian based.

Wiebe is known to have tattooed other celebrities such as Future, Rita Ora, P.J. Tucker, and Kelly Oubre Jr.

In an interview with Cleveland.com Clarkson said that he was on the bus when he heard about Hussle’s passing, and everybody was saying how crazy it was if felt to him as if a family member was killed.

Recently, J.R. Smith also had a tattoo of Hussle inked on his body.